The New Wine of Feminine Spirituality: Drunk on Love

This event has passed. 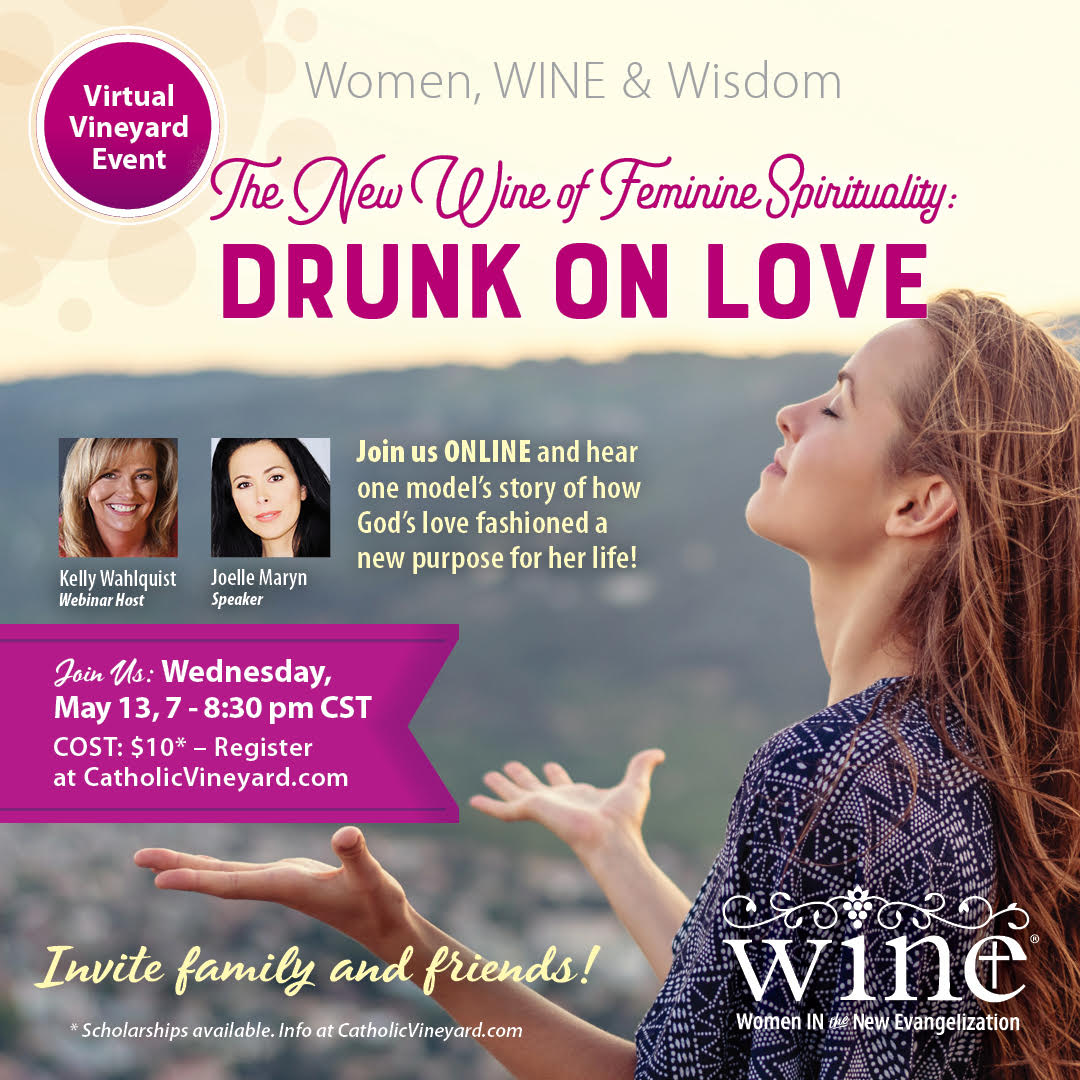 The New Wine of Feminine Spirituality: Drunk on Love

Women, WINE & Wisdom
Wednesday, May 13
7 pm – 8:30 pm in the Virtual Vineyard
Register Today: https://WINE.webinarninja.com/live-webinars/314614/registe
The New Wine of Feminine Spirituality: Drunk on Love
Do you feel like you’re running on empty? Out of patience? Out of hope? Out of wine?
Do you want to be happy and free? Do you want to be drunk on Love?

Summary:
As a national model, it looked like Joelle Maryn had it all. Then, during a dream come true trip to Hollywood, she spiritually hit rock bottom. In her darkest hour, a major encounter with Jesus taught her what it means to be drunk on Love!
Joelle is a witness to God’s mercy, who encourages others to become true disciples of Jesus Christ. In this talk, she explains how a deep relationship with Jesus and being firmly rooted in our identity as daughters of God helps women embrace their feminine gifts with zeal and shows how a heart on fire to serve the Lord leads others to Him.
We are all longing for belonging and to be filled with joy. Only God has the “new wine” that doesn’t run out! Join Joelle as she shares what the Scriptures say about how women can embrace the “new wine” of femininity and truly become drunk on the only Love that satisfies!
Joelle Maryn:

Joelle Maryn is a Catholic Speaker and Evangelist who has been featured on various Christian TV shows, including “Life On The Rock” on EWTN.

In her past, she has modeled for well-known brands such as Jergens, was on a billboard in Times Square, appeared on numerous book covers, films, and news interviews. Joelle was also the founder/CEO of a luxury line of anti-aging makeup, which was featured on NBC and in Vanity Fair.
In 2012, she had major reversion back to the faith and now spreads a message of God’s healing Love that has radiated hope and purpose in life to many around the world.