Jesus is Calling, Again and Again 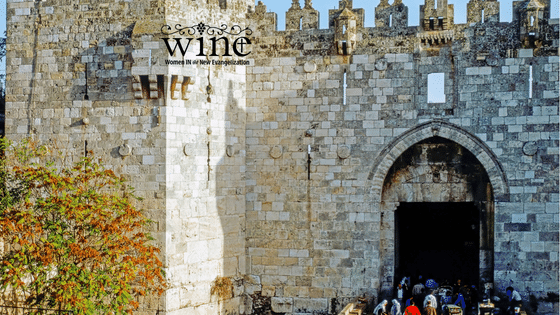 We don’t know whether St. Matthew considered tax collecting his “calling,” but the Gospel says that when Jesus passed by and said, “follow me,” he immediately left his old career and became an apostle.

I’ve never experienced a call to leave everything and follow the Lord, but I’ve heard him call in smaller ways. I’m pretty sure he keeps calling us throughout our lives. It might be about a significant life decision, such as our state in life or career, but it could also be as we face small, ordinary issues.

Big calls sometimes come later in life. I recently interviewed a dentist who was ordained to the priesthood at 66. The thread running through his two calls was service of the poor—he had cared for them in prisons and mental hospitals as a dentist and now hoped to bring them the sacraments. Mother Teresa also received a second call to found the Missionaries of Charity in India long after she’d heard a call to religious life.

We are All Called

We are all called in unique ways, St. Paul writes, but we have in common our baptismal call to holiness.

Knowing we’re called doesn’t mean our hearts are always attuned to recognize the Lord’s voice and respond. I’ve demanded guidance from Him during many Holy Hours, only to receive a quiet sense when I least expected it.

We may be called to become a religious sister, care for an elderly parent, or to deepen our spiritual life by taking a course. But, in all the ways we’re being called, Our Lord is passing by; we must recognize and follow him.

Lord, help me to recognize your call, whether it’s for my lifelong vocation or just for this moment. Give me the grace to say ‘yes’ to whatever you ask of me.

Consider how God has called you in your vocation, in your work, and in the universal call to holiness at baptism. Imagine you are hearing one of these calls for the first time. Renew and reaffirm your response, reflecting on how you’ve tried to live out your call.