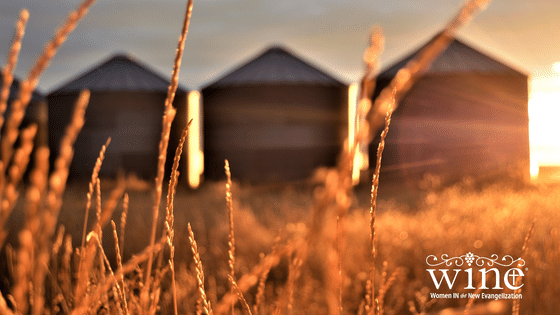 Do not lie to one another, seeing that you have put off the old nature with its practices
and have put on the new nature,
which is being renewed in knowledge after the image of its creator..
~Colossians 3: 9-10

From tedium to inspiration

When our son David was a teenager and a drummer in his high school band, we took him to a traveling show featuring some of the country’s best drum and bugle corps. David was awestruck and inspired by the sights and sounds of the show, so after the performance, he and some fellow drummers gathered for the better part of the night to jam and share drumming tips. When my bleary-eyed but invigorated son came home the next morning, he enthusiastically demonstrated a newly acquired method of practicing rudiments (paradiddles, nine-stroke rolls, and flams, to be exact)—drum strokes that are absolutely essential for good percussionists to master correctly but which are incredibly tedious to perform over and over. The new method of mastery reinforced during the late-night drum session spent with friends removed much of the tedium from the repetition. The result? A new perspective on the formerly dreaded drum practice.

From vanities to habits

All of today’s readings are about changing one’s perspective from the “vanities” of the earthly life—especially greed and its companions’ impurity and immorality—to a view that places God’s priorities at the center. Jesus’ rather sobering parable echoes Qoheleth’s warning against the practices of working to excess and amassing wealth for its own sake—habits that have become almost sacred in contemporary materialistic society. The same could be said for obtaining recognition and power at the cost of one’s personal integrity. The more one succumbs to these culturally sanctioned practices, the more ingrained they become, even to the point of addiction. And as anyone who has struggled with addiction knows, those destructive practices become extraordinarily difficult to stop.

From death to life

St. Paul’s message to the Church at Colossae contains some excellent news: those who are in Christ have died to their former selves and are renewed in the image of their Creator. Our old selves can be “put to death” by repeating the Christian practices of gratitude, simplicity, and generosity. As the psalmist prays for “wisdom of heart,” we too can pray for proper perspectives on time, work, and prosperity. And through the support of Christian community, we can encourage one another to persist in those life-giving and corrective practices that sometimes seem challenging, unappealing, and tedious—but which can also become the paths to joy and gladness.

Lord Jesus, your death and resurrection have made it possible for me to die to my selfish, destructive habits and become renewed in the image of my Creator. Help me to claim Your promise of renewal daily and to acquire life-giving habits.

Identify a Christian practice you have found particularly burdensome lately. Seek the support and encouragement of a fellow believer to find a new perspective and persevere in it.

About the Author: Sharon K. Perkins

Sharon K. Perkins is wife to Mike, mother of three adults, and a recent grandma. A 30-year veteran of Catholic parish and diocesan catechesis, nationally published columnist on real-life spirituality, speaker, and retreat leader. Sharon is the former Director of Evangelization and Catechesis for the Catholic Diocese of Austin, Texas, and a doctoral candidate in theology.