What if the Prodigal Son hadn’t said, ‘I’m Sorry?’ 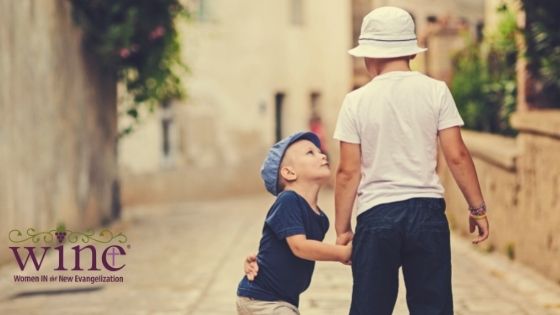 “Father, I have sinned against heaven and before you;
I am no longer worthy to be called your son.” ~ Luke 15:21

When the prodigal son hit rock bottom and realized he would be better off if he returned to his father’s house, he started rehearsing what he wanted to say when he got there.

In today’s Gospel, before the son even reached the house, his father’s compassionate embrace told him he was still a member of the family. Only then did the son have a chance to give his speech:

Father, I have sinned against heaven and before you; I am no longer worthy to be called your son. ~Luke 15:21

As Our Lord tells this parable, He doesn’t reveal how the father responded to the apology. If his son hadn’t repented, would the father still have dressed him in the finest robe and held a feast in his honor?

Would the father show mercy by overlooking his son’s faults as he celebrated that his son was alive? The father was joyful but a river of hurt still separated him from his son. Only the son’s contrite apology could bridge that division and fully restore the relationship.

Like the prodigal’s father, our Heavenly Father runs out to meet us when we find our way back to him. If we come humbly seeking forgiveness for our sins, he will welcome and restore us.

Lord, help us to value our relationship with you so much that we strive to avoid hurting you through sin. When we fall, help us return to you with a contrite heart.

Renew your relationship with the Lord by going to confession this Lent so you can enter into Jesus’  Passion and Resurrection m in a deeper way.