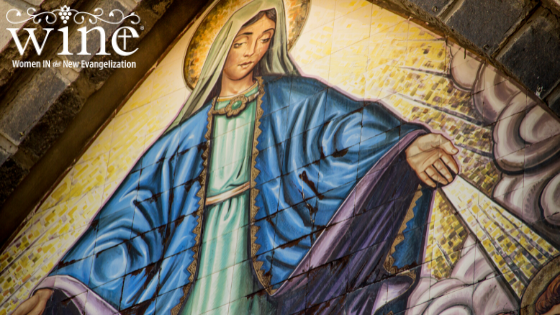 And a great portent appeared in heaven, a woman clothed with the sun, with the moon under her feet, and on her head a crown of twelve stars; she was with child and she cried out in her pangs of birth, in anguish for delivery.  And another portent appeared in heaven; behold, a great red dragon, with seven heads and ten horns, and seven diadems upon his heads.  His tail swept down a third of the stars of heaven, and cast them to the earth. And the dragon stood before the woman who was about to bear a child, that he might devour her child when she brought it forth;  she brought forth a male child, one who is to rule all the nations with a rod of iron, but her child was caught up to God and to his throne, and the woman fled into the wilderness, where she has a place prepared by God,
in which to be nourished for one thousand two hundred and sixty days.
~ Revelation 12 (RSV)