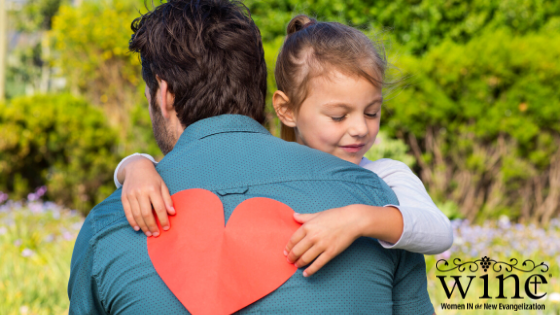 “What were you arguing about on the way?”
But they remained silent. They had been discussing among themselves on the way
who was the greatest.  ~ Mark 9:30-37

I recently received an apology from someone, and while the situation wasn’t a big deal, one thing about the exchange stood out. It was one of those apologies that included a “but” at the end to attempt to justify the actions of the person apologizing. I was actually more annoyed with the apology than I was with the original action that required the apology! Later on, I thought about it and realized how often I do that exact same thing to God, and I started pondering what that “but” really meant.

We know that pride is the granddaddy of all sins, and almost every sin can be traced back to pride as the root cause. Pride is simply believing that I know better than God and my desires are more important than His law. An assertion that my interpretation is more correct than His Word or that my will should be done and not His. If we have any awareness that we are acting contrary to God’s will in a particular situation, then our prayer to the Father about it will likely include the preposition, “but,” which I have now decided is the preposition of pride.

“Father in heaven, I realize that gossip is a sin, but I was really just relaying information to someone.”

“Lord, I know you tell us to forgive everyone, but what Sally did is simply unforgiveable!”

“God, you tell us to share what we have with the poor, but I really need a vacation soon.”

That one little preposition can do so much damage because we use it to convince ourselves that our behavior is right, and we are completely justified in our choices. It eliminates humility, and worse, it makes us think we are not in need of God’s mercy and forgiveness. “But” prevents us from true repentance, which will ultimately separate us from the Lord.

Recognizing that we have fallen into the pride trap is really the first step to converting our hearts. The next steps involve praying for the grace to embrace the humility we need to overcome pride and actively working with that grace to fight that temptation.

Thankfully, we have a most perfect example to follow in our Savior, Jesus Christ. Every facet of His life and death demonstrates perfect humility and submission to God’s will. We are called to submit ourselves perfectly as well, which our loving Father knows isn’t quite possible. Fortunately for us, His mercy is endless, and there’s no “but” about that.

Create in me a clean heart, O God,
and put a new and right spirit within me.
Cast me not away from thy presence,
and take not thy holy Spirit from me.
Restore to me the joy of thy salvation,
and uphold me with a willing spirit.

Do a thorough examination of conscience today, being particularly aware of where you may be trying to justify your behavior with a “but.”

About the Author: Michelle Jones Schroeder

Michelle Jones Schroeder is a cradle Catholic raised in New Orleans and residing in Baton Rouge, Louisiana. She and her husband of twenty-one years have two children. Michelle is the author of the Handy Little Guide series with Our Sunday Visitor. After staying home with her young kids, her poor culinary skills led her to invent a kitchen product.