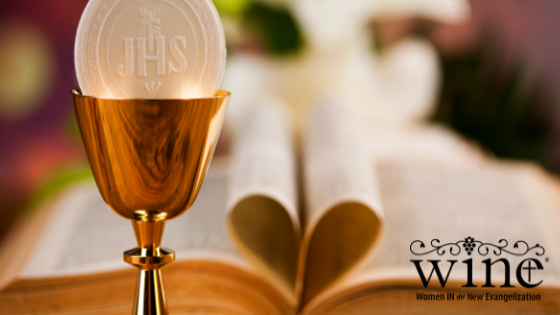 They said, “Is not this Jesus, the son of Joseph, whose father and mother we know?
How does he now say, ‘I have come down from heaven’?”
Jesus answered them, “Do not murmur among yourselves.
No one can come to me unless the Father who sent me draws him;
and I will raise him up at the last day. ~ John 6:41-51

“Stop murmuring among yourselves”—a rare rebuke from Jesus to those who had followed Him out into the countryside to hear Him. The crowd thought they knew Him, they assumed they knew all about Him, and now He wasn’t speaking as they expected or even demanded of Him. They wanted Him to fulfill their expectations and meet their needs the way they wanted them met. But not for what He desired for them, the deep satisfaction of a well-fed heart.

Jesus equated their murmuring with them not wanting to understand who He was. They were attached to their version of Him. We like to think with the crowd and have the Christian life all figured out, developing our own private theologies, settling into a comfortable arrangement of mere religious duty. I need you for this, and for that, and I like that, but let’s not get carried away.

In this version, we want a God we can follow without having to change. The one we can make sense of without being too challenged. The one that demands no surrender, just participation.

Distance creates distortion, and we can get content with half-truths, which is not truth at all. And in that place, many hearts remain restless, looking for something other to fill in the void.

I remember being so good at “Christianity” but so hungry for more. Finally, I chose to trust rather than complain or murmur about Truths of Christ and His Church I didn’t understand. And so, I keep turning toward Him—not into busy-ness or one more distracting event, but into Him. Areas of unbelief are conquered by His Heart. We, my friend, are the “catch” of His Heart!

My Father is pulling us in, drawing in the net, and enticing us with His love. And He is not content until we’ve been totally re-orientated toward Christ, reunited with Him, our hearts in sync with His.

I began to feast on Him, His Life, His Word, Himself! Tasting Him, taking Him into my mind and heart, meditating on His Word and His Ways, thinking on what He was saying to me. Chewing on thoughts and images that began to fill my heart and mind as I continued to feast more deeply on this Life that I was hungering for.

When I received the Eucharist, the meal of thanksgiving, the feast was complete. I turned toward Him in all the areas of my life—easy and hard. He met me there. And He still meets me. And I am satisfied.

Thank you, Lord, for continuing to draw me in, even when I’ve been complaining or murmuring about the Church, your own teachings, or the limits of those around me.

Consider spending time in the Scriptures, learning afresh the truths it contains, and seeing what Jesus wants to reveal to you now.

About the Author: Barbara

Barbara Heil is a convert and continues in ministry, along with her husband Jeff, sharing the Gospel. They reside in Iowa and together have 8 children and 10 grandchildren. You can learn more about Barbara at FromHisHeart.com