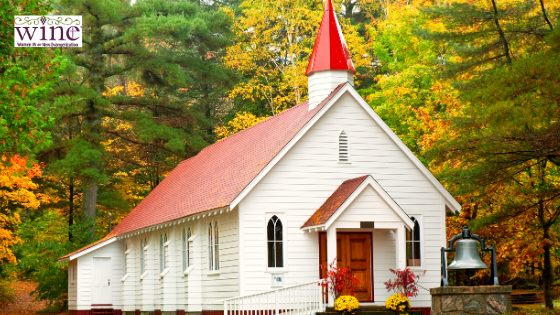 Looking forward to the Thanksgiving celebration in America has always been a source of comfort.  We connect our hearts and appetites together as a people by traditionally sharing both the gratitude and a facsimile of the same meal nationally: turkey, dressings, mashed potatoes, sweet potatoes, and cranberries.  This year so far almost everything is different.  Having lived through the summer of assault on our history and landmarks, we hope and pray Thanksgiving Day is sacrosanct and written in all American hearts.

A virus caused us all to look with more focus on life through the eyes of Eternity.  Perhaps you also observed what I came to see—individuals who lacked faith had more fear.  Those who lacked perspective formed by faith in God easily became anxious in efforts to preserve the only life they knew.   All of us were being tested.  We each faced our own mortality.  As Catholics, we have the Bible, the words of Jesus, and we are steeped in the history of the lives of the saints, many of whom laid down their lives for others.  There is a Thanksgiving story America is not taught in the history books.  This account predates both Jamestown and Plymouth.  Let me share it with you.

Here in Richmond, we have a Jesuit mission, Sacred Heart, which serves several thousand Hispanic families. It was there that I learned of a most stunning event that took place in Virginia. On September 10, 1570, eight Jesuits, two priests, three brothers, and three novice brothers, arrived on the banks of the James River.  Led by Fr. Juan Baptista de Segura, they were accompanied by a Spanish altar-boy and Indian guide, who also translated.  They came here to establish a mission and evangelize the local native population.  Because their goal was entirely evangelical, to avoid any tension they brought no soldiers with them. Five months later between February 4 and 9, 1571, all eight were martyred.  Thirty-seven years before the founding of Jamestown in 1607, this was the first European settlement in Virginia.  The Catholic Diocese of Richmond has sponsored the cause for their canonization and they have been declared Servants of God.  This year 2020 is the 450th anniversary of this little-known event.

Discovering that the blood of martyrs flowed here, less than 35 miles from my home, has deepened me profoundly. Like the blood of Abel, the sacrifice of these lives also cries from the ground.  The cry I hear is Redemption and that gives me hope.  Before there was the suffering of slavery, before all the battles of the Revolutionary War and the horrors of the Civil War, before the injustices of segregation and before the murder of the unborn, the blood of martyrs was here.

It is unknown whether they celebrated the Mass on the day they arrived or the following one.  We do know that the first Thanksgiving offering in Virginia occurred when the Eucharist was celebrated somewhere near the confluence of the Chickahominy and James Rivers on or before September 11, 1570.  No statue has been torn down because none was erected. The exact location remains uncertain.

We thank God for them and their sacrifice.  As we remember our heritage as Americans, our Founding Fathers, and military veterans, let us also give thought to our Forefathers in the faith who laid down their lives for the Gospel in this land.  For this, I give thanks and ask for the intercession of these martyrs on behalf of us and America this Thanksgiving.  May the Lord give us the strength, the courage, and the grace to uphold good and eschew evil.

And by the word of their testimony,

For they loved not their lives even unto death.  Revelation 12:11

Let Us Pray:
We are a grateful people to You, O Lord.  Without You, we can do nothing.  Lead us in the paths of righteousness for Your Name’s sake. We have walked through the valley of the shadow of death and You have been with us. Continue to strengthen us to fear no evil. We lift our hearts to You.  Amen.

About the Author: Deborah Kendrick

Deborah Kendrick came into the Catholic Church in 2011 through her interaction with Catholics in ecumenical meetings throughout Europe, where she was a conference speaker and led retreats for twenty years. Deborah’s heart is to see people know and receive the love God has for them which encompasses a New Pentecost for the new evangelization. She can be reached at jerusalempaintings@gmail.com.