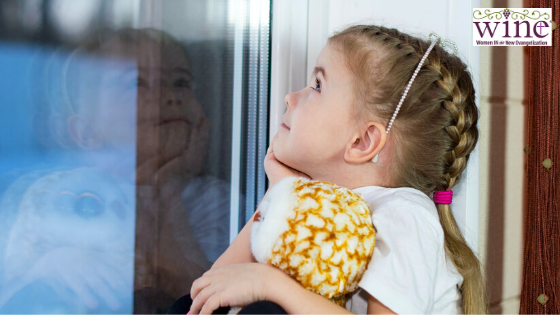 At the beginning of each new year, I spend time praying and asking the Lord what He wants and expects of me for the upcoming year. Only He knows the future, what will happen in the world, and what will happen to me personally. I want to turn to Him to help me be strong spiritually, mentally, and physically. I learned to do this after my conversion many years ago. One year, I was praying, “Lord I want to grow closer to You this year. I want to go deeper in my relationship with You.” After praying this for days, I felt like the Lord told me, “Go to daily Mass.” I dismissed that thought because I was too busy! A few days later, I prayed the same prayer. I expected a different answer, but it was the same response “Go to daily Mass.” So I started going to daily Mass.

Within a few days, the doctors discovered a spot on my mother’s lung. At the time, she was a five-year breast cancer survivor. I had done enough research on breast cancer to know that this suspicious spot appeared on her lung could be a recurrence of breast cancer that metastasized. The doctors told us not to worry because it was small, and they would keep an eye on it. But I couldn’t help it. I worried. One day I was at daily Mass, and my prayers were consumed about my mother: “Please Lord, don’t let my mother have cancer again. Please don’t let her die.” As I continued to pray, I felt like the Lord picked me up and put me on His lap, just like a father would do with his little girl. Then I felt a strong but gentle hand around my waist, holding me so that I wouldn’t fall off. That immediately gave me comfort. When Mass ended, I turned to pick up my purse and put on my coat, and a woman who was sitting in the front of the church came to me and said, “The Lord wants you to know that He hears all your prayers and He loves you.”

The bible says in John 1:12, “But to all who received him, who believed in his name, he gave power to become children of God…”

Yes, I am a child of God. I believe that Jesus died for my sins, and I know He is the only way to eternal life. I was baptized as a baby, and almost twenty years ago, I surrendered my life to Jesus. I am living my life as a disciple of Jesus, learning, and growing in my journey. Prayer is a major part of my life. So at the beginning of 2020, I continued my annual tradition, asking the Lord how to go deeper in my relationship with Him. This year I kept feeling the Lord saying “repent.” So I began praying about any areas of my life that are displeasing to the Lord. Little by little, in the Holy Spirit’s most convicting, yet gentle, ways, He’s shown me where I need to change. It has ranged from thoughts in my head about certain things to ways I’ve expressed my feelings to others, and even to areas where I refuse to deny myself certain comforts and pleasures. As the year has gone by, and I pray for the salvation of souls, I keep hearing the word over and over again. Repent. People need to repent of their sins and their ways that are displeasing to the Lord.

Today’s second reading from 1 Thessalonians 5:1-6 talks about the day of the Lord, when He returns: the day He comes to deliver us, to redeem us. It’s the day He talks about in Acts 17:30-31:

“While God has overlooked the times of human ignorance, now he commands all people everywhere to repent because he has fixed a day on which he will have the world judged in righteousness by a man whom he has appointed, and of this, he has given assurance to all by raising him from the dead.”

1 Thessalonians 5:5 gives us hope and calls us “children of light and of the day.” If we are His children, we won’t be taken by surprise when the Lord returns because we will be living each day believing in Jesus Christ, our Savior. We will repent and remember He washed away all our sins when He suffered and died on the Cross, and we will be so in love with Him that we won’t ever want to displease Him. Ever.

Dianne Davis serves as the Director of Mission Expansion for ChristLife, a Catholic ministry of evangelization and she longs to see revival in the Church. She is a conference speaker, teacher, and co-author of Share Christ. She is also available to speak at parish missions. She has been married for 30 years and has two young adult sons. Follow Dianne on twitter @diannedavisNY