I Ain’t No Saint 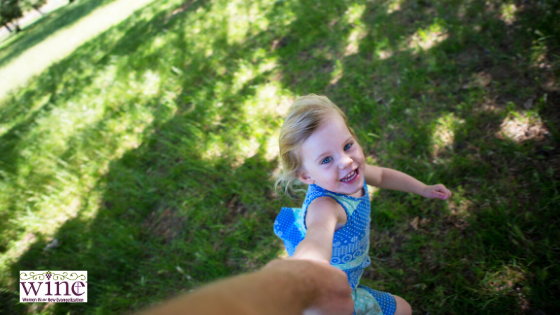 We are all to strive to sainthood, but I am not sure I will ever make it. In looking at the virtues infused into our great battery of saints, many seem unattainable in my life. It can leave me uttering, “I ain’t no saint.”

Among the most difficult may be the ability to forgive. Our examples of forgiveness come directly from Christ Himself when, in one of the last seven utterances of Christ on the Cross is, “Father, forgive them, for they know not what they do” (Luke 23:24). That kind of forgiveness can only happen with the supernatural power of grace. Proven by the example of forgiveness in an abundance of many saints, though difficult, is not impossible.

St. Maria Goretti, an 11-year-old Italian girl stabbed to death while resisting a sexual assault in 1902, forgave the young man, Alessandro, responsible for her death, and appeared to him in his prison cell as an apparition, inspiring his conversion. Her famous words were, “I forgive Alessandro Serenelli … and I want him with me in heaven forever.”

Today’s Gospel offers us a slightly different lesson of forgiveness.

Then Peter approaching asked him, “Lord, if my brother sins against me, how often must I forgive him? As many as seven times?” Jesus answered, “I say to you, not seven times but seventy-seven times.” ~ Matthew 18:21-22

I will most likely never need to forgive for these extreme circumstances, but I have learned how to forgive smaller infractions frequently in my day-to-day life. I wonder if it is harder to repeatedly forgive a lesser deed than it is to make a grand gesture.

My father passed away in my early thirties. His struggle with alcohol caused him to be absent for most of my life. When he died, I was left with a mixed bag of hurts and a sense of abandonment. I also felt lost in my family, being number five out of six girls, which created a self-worth crisis. Some refer to as a “father wound,” and I know I’m not the only one.

God led me to heal my father wounds, so I would be fully able to give myself to Him.

So many times, our earthly wounds can keep us from our heavenly home.

In His great love for me, God helped facilitate the forgiveness I needed to give to my earthly father before I could rest in my heavenly father’s love. That forgiveness came to me in a dream. In that dream, I was led back to the church where I found my dad, and he embraced me as he had never done in his life. That dream was more than a dream; it was a release of all of the little hurts and lack of love I have felt from my childhood and young adulthood, and with it came freedom and joy.

This experience was the beginning of my learning to forgive. Like so many, I often experience intentionally or unintentionally hurts—comments on Facebook, a snub from a friend, a spouse or co-worker’s behavior can lead to feelings of anger and resentment. Acknowledging and facing our woundedness can make us feel vulnerable. It takes another virtue to face it—the virtue of courage.

I heard in a talk by Bishop Andrew Cozzens from the Archdiocese of St. Paul and Minneapolis where he spoke to being vulnerable to this woundedness. He said, “The place that I am the most wounded is the place where the fire of the Holy Spirit can grow the most.”

Today, recognize any resentments you hold on to and pray for the grace to let them go. You may need to pray it seventy-seven times but know that through that prayer, God is working in you! 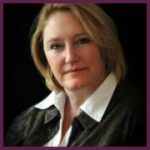 Sharon Wilson – Wife, Mother, Writer, Catholic Speaker, and a WINE Specialist. Sharon has a degree in education and has worked as a freelance writer, Respect Life Coordinator, a teacher, in advertising, radio, buyer, and in youth advocacy – She even rode an elephant in the circus once! Sharon speaks, writes, and shares about God’s healing and about the great gift of being Catholic at SharonAgnesWilson.com