He’s Not Ignoring You 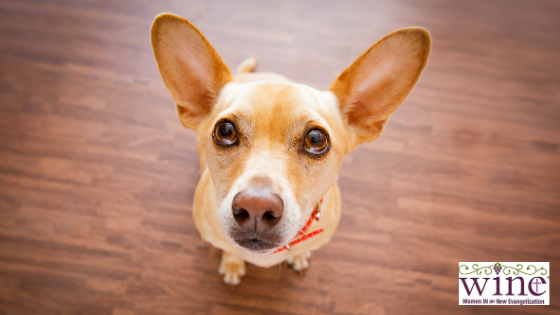 At first glance, it seems that Jesus is ignoring the Canaanite woman who calls out to Him to heal her daughter in today’s Gospel reading. I don’t think I’m alone in relating to the feeling that God sometimes ignores me when I cry out to Him for help. There are times when my prayers don’t seem to get answered, and it’s hard to see why God’s will doesn’t align with mine.

But when we look more closely at what’s happening here, we see that Jesus isn’t neglecting this woman at all: He’s giving her an opportunity to grow in humility and to live her faith boldly.

As I understand it, Jesus’s not paying heed to this woman wasn’t seen as a great disservice at the time, for a couple of reasons. First, the person calling out was a woman. Second, she was a Canaanite, and thus, ritually impure.

The disciples go so far as to suggest that Jesus ought not only to ignore her but to send her away. His reply doesn’t refer to the woman in particular but does attempt to explain His mission and His purpose. It could be seen as a justification for ignoring her.

But she recognizes something deeper, something purer. And so, her response? A genuine plea for mercy. An ardent prayer for help.

While the disciples may have been politically correct in their time, they were looking to put limits on Jesus’s love. The woman didn’t follow convention but instead expressed her humility in the presence of the Lord.

She showed through her words and actions her trust and belief in Jesus, and it’s this—not her station, her status, anything that she might have done for herself—that is rewarded.

Each of us is given different gifts and different crosses to bear. How we express, our faith is going to look different. It depends on what we’re working with, and, as they say, on the hand we’re dealt.  The reality is that we can’t see into other people’s hearts. We can’t see what vices they’re struggling with or what virtues they have to help them. It may look like one person is farther along in the spiritual life than another, but we can’t know that, because we can’t see into hearts the way God does.

Just like the disciples couldn’t see the faith in the woman before them, we can’t know what it took for someone to get where she is. But Jesus can. And He can choose to move in a way that draws that faith out into the light.

Today, perhaps we need to ask ourselves about the limits we put on Jesus’s love. Do we believe He can heal all wounds? Do we trust that He will act in a way that glorifies His father? And can we be humble enough to accept and rejoice in what He gives us, even when it’s not according to our plans?

Lindsay Schlegel is a daughter of God who seeks to encourage, inspire, and lift others up to be all they were created to be. Lindsay is a writer, editor, speaker, author, and podcast host. She lives in New Jersey with her family and would love to connect at lindsayschlegel.com.