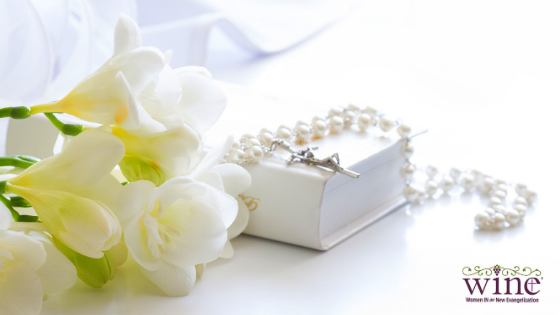 I recall our goddaughter, Mary, bouncing excitedly up to us several weeks after her First Communion, to announce she had just received her fifth Communion. She was counting each time she had the great privilege of receiving her Lord.

I have lost track of how many times I have received, but I do rejoice that at least weekly, I celebrate the anniversary of my First Holy Eucharist.

So when was the actual first Mass ever? At the Last Supper, when Jesus instituted the Eucharist with these words, “do this in remembrance of me” (Luke 22:19).

And when was the second Mass? The Sunday of His Resurrection when he met the couple on the road to Emmaus (Luke 24:13-35). He was present to them and broke bread with them.

And when was the third Mass? In John 21:12, Jesus appeared to His disciples in Galilee and fed them fish and bread.

How about the next one? On the following Sunday, surely the disciples gathered in one place to “do this in remembrance of me.” One of those first Masses was on the day of Pentecost when they were waiting in the Upper Room for the outpouring of the Holy Spirit.

Then, in Acts 2:42-46, we hear that they assembled in homes to pray and break bread.

By Acts 20:7, it is clear that the first day of the week, Sunday, was the day that they gathered to break bread. It became a habit to be present with Jesus in the Eucharist from Resurrection Sunday to this very day!

We can celebrate the anniversary of those first Masses every time we receive Communion, and we can marvel that those who first partook of Jesus’ Body and Blood are communing with us at each Mass as well!

*This blog was first posted at Ascensionpress.com 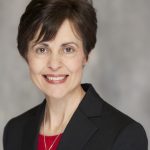 Emily Cavins is an author of several books and holds a degree in Near Eastern Archaeology and Bible History. She has participated in several archaeological digs in Israel. She leads pilgrimages to Bible-related lands with her husband Jeff Cavins.  Find Emily on Facebook.