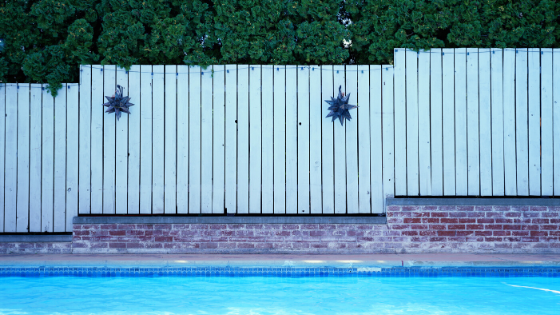 Hopping the fence is the wrong way to enter the swimming pool, wouldn’t you agree? But I did enter it that way once before. I climbed over the chain-link fence and dropped down into a blanket of snow. The pool had closed up for the season and it was night. At the same instant, my boots sunk in so did the reality of trespassing. Even though I was doing “no harm,” my sixteen-year-old self was aware of doing wrong.

Today I’m thinking about the adolescent lens I used to have on the world. I remember being fond of breaking rules and testing their limits, like ding-dong ditching neighbors and hopping over fences through their yards. This gave my friends and me such a thrill. But because of the gospel reading today, I’m considering why we trespass and why we must stop entering the wrong way.

In John 10:1-2, we hear Jesus say, “he who does not enter the sheepfold by the door, but climbs in by another way, that man is a thief and a robber.” The sheepfold, meaning the sheep pen, is what protects the sheep from the outside world. The sheepfold is the structure that groups the flock together and provides them a commonplace for belonging.

As a youngster, it’s typical to want to wander freely and by one’s own desires. We want to know what it is like to not enter through the gate. There can exist a curiosity and pleasure in doing something we know we’re not supposed to do. It’s like eating the fruit from the wrong tree — the one of knowledge rather than the one of life. And we have a choice.

In a recent lecture from the Augustine Institute on FORMED, Dr. Ben Akers explains a bit of scripture about Jesus cursing the fig tree. Apparently, in Jewish tradition it was commonly understood that the fruit which Adam and Eve ate was not an apple, but a fig because of the “fig leaves” they used to cover their bodies. So when Jesus says to the fig tree, “May no one ever eat from you again,” he hopes that with his coming sacrifice, he will bring us the new life-giving fruit — and that we choose Him (Mark 11: 12-14).

The Gate and the Shepherd

So in today’s gospel with the parable of the good shepherd, we can come to know two things: Jesus is the gate and the shepherd. He says He is the gate by which we shall enter the sheepfold. When we enter through Him, there is love, belonging, and peace. We know we are where we are meant to be.

And so I wonder, why I have not been entering through the gate? When and why have I tried to hop the fence to “belong” and not go through Him? When was the last time you hopped the fence? The last time you trespassed where you weren’t supposed to go? There could be many times where we have run where we don’t belong.

Secondly, Jesus shepherds us. We can experience Him as a doorway to eternal life, but also as the Good Shepherd who is shepherding us. He leads us to good pastures, retrieves us when we are lost, and protects us from harm to the point of offering His life. He knows and loves us beyond measure.

Sheep Listen to Their Shepherd’s Voice

So then to enter the fold, we must be the good sheep, obeying His voice when we hear it. In this Scripture, the word for “hear” or “listen” is the Hebrew word shama which has also been translated as “obey.” And so, to “listen” to Jesus’ voice means following and obeying his command. How are we showing that we listen? Are we entering through the gate?

Are we letting Him be our guide and protector? Are we trusting Him with our life?

Contemplate how you have been following the Good Shepherd. Where are you not listening to His command to love one another?

Prayer today: Precious Lord, thank you for shepherding us in love. Help me to enter back into the fold by living as You have lived. And forgive me for trespassing as I forgive those who trespass against me. 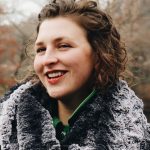 Hilary Scheppers is a religious poet and writer from Minnesota. She holds an MFA in Writing from Sarah Lawrence College and a B.A. in Humanities/Theology from Loyola Marymount University. Her poetry and nonfiction appear or are forthcoming in Parabola, Apofenie, Breadcrumbs, and elsewhere. Her favorite bird is either the mourning dove or the oropendola.  Twitter: @hiloschpprs