More Than Meets the Eye…. 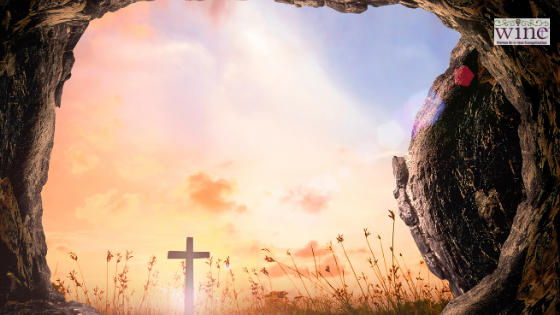 Reading the Easter Gospel Scripture, the first thing that I saw was many repetitions of the word saw. Very early, in the garden shrouded in darkness before full daybreak, Mary of Magdala saw the stone removed. Running, she reports the body of Jesus is gone. John beats Peter in the footrace to the empty tomb to see what she saw, and he saw the burial cloths outside the rolled back the stone. Then Peter arrives at the tomb, goes in, and he saw the burial cloths, and he also saw the cloth that had covered Jesus’ head in a completely separate place. Finally, John entered the tomb also, and he saw. And, he believed!

Imagine, watching this as a movie, close up shots not of actors’ faces, but of what they are seeing — the stone rolled back, the road where feet are running, burial cloths through a tomb’s opening, burial cloths inside on a marble slab, a separate rolled up cloth on the ground inside. Then the screen fades to white. You’d probably say: there’s more here than meets the eye.

Yes! There is much more. An empty tomb means Jesus’ Body didn’t stay there! Empty burial cloths mean that He left them behind, and the rolled-up headcloth means He rolled it up and left it there! We are meant to find the relics, the pieces of death He left behind. Jesus is somewhere else. Mary of Magdala is right, Jesus is somewhere else unknown at the moment. That is what the “other disciple” saw and believed.

None of them were actually expecting to see what they saw. John even excuses them in the closing sentence of the Gospel selection: For they did not yet understand the Scripture that he had to rise from the dead.

What did Mary actually see? Certainly not an empty space; she was expecting to mourn at a closed tomb. The stone rolled back, and the body gone was too much to see.

And what did Peter see? People will ask him. So he looks around inside the small tomb. The burial cloths lie flat on the slab, but the other which had covered the head in the ritual Jews use for a dead man after death lays rolled up on the ground. Peter took in all the details and facts: an excellent detailed record.

But what did John see? At first, burial cloths inside an open tomb, from the outside. Who would leave burial linens behind? Weren’t the expensive linens worth more than a dead man’s body? John has some suspicions; however, he defers to Peter, head of the Apostles.

It isn’t until he goes inside after Peter that John really sees. This is not body theft; this is a body risen, leaving behind the clues that it is death that has died! The Scriptures he had heard on the lips of Jesus are to be seen in a new light, the light of Resurrection. Death cannot hold the Son of God. He arose out of the bonds of burial cloths and death. You are dust, and to dust, you shall return has been overcome. It is death that died, and the God-Man has risen!

And we are to see, to truly see for the first time, that death is not the last thing. Death is something we leave behind, just like the burial clothes we wore in our tomb. When we die with Him, we will rise with Him. Alleluia! He has risen as He said! Happy Easter! 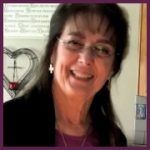 Dr. Carol Younger – A Senior Fellow for the St. Paul Center for Biblical Theology, Advisory Board Member for the Great Adventure Bible Studies, author of Listening and Study Guides for biblical and theological presentations through St. Joseph Communications, author of the Retreat Companion for 33 Days to Morning Glory through Marian Press.  An accomplished leader in public and private education and a popular adjunct professor at an evangelical Christian university in Southern California. Active in many parish ministries, including RCIA and Catechetical training.