To Be Transfigured Is to Become More Beautiful 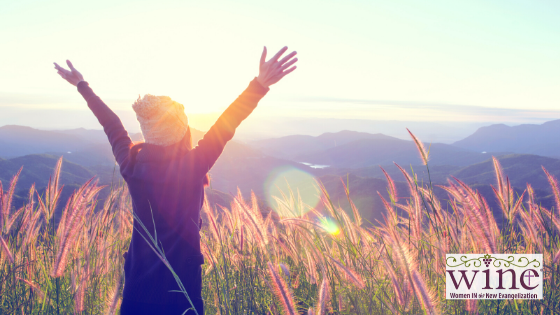 When I was in undergrad, I typically frequented the 10:15 pm Mass across the street from my dorm on Sunday nights. There was a large attendance, and I loved participating in the liturgy with people who lived down the hall or who I would see in class the next day.

The unique experience of a campus Mass gave ample opportunity to have conversations about the Word of God, too. One evening, after hearing the Gospel reading of Jesus’ Transfiguration, I walked back to my dorm with a friend who was intellectually and spiritually interested in the Church and her teachings. “What’s the difference,” she wondered out loud, “between being transformed and being transfigured?”

I didn’t have an answer, but shortly after I got to my room, I got an email from her. We didn’t have smartphones yet, and she lived in the building next door, a whopping ninety seconds away.

To be transformed, we knew, meant to be changed. But to be transfigured, my friend told me, meant to be raised up. When I search for it now, I get this as a formal definition: “transform into something more beautiful or elevated.”

Christ on that mountaintop did precisely that. He was already beautiful, already elevated, being both God and man. In giving His will entirely over to His Father, he became even more so.

Could It Be the Same for Us?

First, we need to recognize (maybe for the first time, perhaps for the seven-hundredth time) that we were made in His image and likeness. We, too, are beautiful, simply for being our Lord’s creation.

Then we need to ask ourselves what we can and should be doing with the lives and the gifts we’ve been given. In the season of Lent, this may not be at the fore of our minds. We’re thinking of giving up, doing with less, sacrifice.

What if that extended beyond packing away the cookies, cooking simpler meals, and shopping less often? What if we gave up our sense of control? What if we tried to do with less of our pride? What if we sacrificed the fears and doubts we hold about ourselves to serve others with the gifts we’ve been given humbly?

St. Paul Says Go for It

In the second reading today, we have only two sentences from St. Paul, but the second one echoes the idea of trusting in God’s plan for our lives:

“He saved us and called us to a holy life,  not according to our works

but according to his own design and the grace bestowed on us in Christ Jesus before time began,

but now made manifest through the appearance of our savior Christ Jesus,

who destroyed death and brought life and immortality to light through the gospel.”

We are called to holy living in God’s design, through the grace of our Lord and Savior.

What are we doing with that? How are we living the Gospel? My pastor loves to reference this quote, for which I can’t find accurate attribution:

“If you were arrested for being a Christian, would there be enough evidence to convict you?”

We Are Called to Be Full

At this point in Lent, we may be feeling some emptiness, some void spaces. We’ve rejected the things that crept into our daily living but are not guiding us on the path to holiness. Let’s not forget that we do these things because we are called to something greater.

We are called to live, to love, to an abundance of grace, and to glorify God in all that we do. In certain seasons, it means purging and scaling back. But let’s not forget that the ultimate goal is to a fullness of life that we can only come to know through the passion, death, and resurrection of our Lord Jesus Christ.

It is only through Him that we can be raised up to be all the Lord intends for us.

Prayer: Jesus, help me to persevere in emptying my life of the habits and practices that distract me from You. Guide me, through Your grace, to be filled up, to be elevated, through Your sacred love. 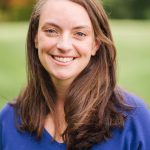 Lindsay Schlegel is a daughter of God who seeks to encourage, inspire, and lift others up to be all they were created to be. Lindsay is a writer, editor, speaker, author, and podcast host. She lives in New Jersey with her family and would love to connect at lindsayschlegel.com.