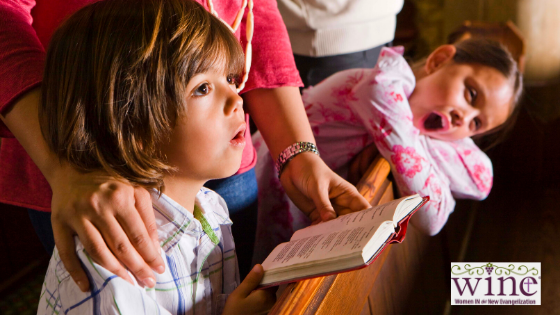 My son George is exceptionally talkative and active. Going to Mass with him is gradually getting easier now that he is seven. However, especially when he was younger, our Mass attendance often entailed confiscating contraband. I often snatched from him paper airplanes that he made from the prayer request forms nested in the pew’s hymnal holders.

Sometimes I wonder what George hears and understands at Mass. I wonder if my efforts to get him into a pew each Sunday are having any effect on him. He is supposed to receive First Communion next year but can barely sit through Mass. And I’m sure I’m not alone. I don’t know a mom who hasn’t felt exasperated at least once with their active and talkative children in church.

Last weekend, I received a big consolation that my efforts are worthwhile, and in spite of his restlessness in Mass, he understands our faith very well. Today I share with you that experience and two ways that we can renew our faith.

The Theology of Aquinas from a Seven-Year-Old

As the priest elevated the chalice during the Liturgy of the Eucharist last weekend, George leaned over and whispered, “Hey, Mom. I don’t get the Wedding at Cana.” I tried to shush him and re-direct him to the priest, but he persisted, “Mom! I don’t get the Wedding at Cana.” Eventually, I figured that he was going to keep talking until I answered, so I leaned in and whispered, “What don’t you get?” He responded, “Well, Mom, I don’t get what the big deal is. I mean, Jesus is God, so of course, he could turn all the water into wine.” Then he gestured to the altar, “Like that wine becomes Jesus’ blood.”

With a first-grade education, George summed up the great mystery of Jesus — God incarnate, fully human and fully divine. He also summed up in seven words the Eucharistic miracle we participate in each time we attend Mass.

Why was he able to do this? Yes, me taking George to Mass is a big part of it because he participates in the liturgy often so that he understands what is happening week after week. But also, George declares these profound truths of our faith because first: the Gospel is simple, and second: he is open to hearing Jesus’ truth.

The Gospel is Simple

Our world sometimes complicates the Gospel with lofty words or skepticism. Paul even noticed this challenge in the early church. In the Mass readings today, Paul tells the Corinthians that he’s not sharing with them “sublimity of words or wisdom.” In fact, he claims to know nothing except “Jesus Christ and him crucified” (1 Cor 2:2). Paul’s message is simple. He wants the Corinthians to know Jesus not because of anything that he said but because of the “Spirit and power” – God’s power.

In his letter to young people Christus Vivit, the Holy Father encourages young people to be renewed in the simplicity of the Gospel. He said that we should never keep quiet about the Gospel, which contains these three great truths:

Be a Young Reed

The Holy Father continues to describe that being young in the Church is not so much about chronological age but about being a “young reed” that is flexible, open-hearted, and that bends in the wind but never breaks. The young reed is open to being formed and growing into maturity. Notice that it is open to renewal and not revision.

Like Paul, we are called to share the Gospel simply with those around us. If a first grader can share the realities of the Incarnation and the Real Presence of Jesus in the Eucharist, then so can we. Like the Corinthians, and my young George, we also have to be “young reeds.” Open to receiving the knowledge of the faith and to maintain the malleability of young hearts and minds no matter how chronologically old our bones get.

If we do this, with God’s grace, we will continue to be renewed in our faith as well as renew the Church. 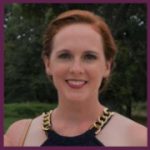 Elizabeth Tomlin, contributing writer to WINE, mother of three, and army wife, is General Counsel for the Archdiocese for the Military Services.  She is a founding member of the Military Council of Catholic Women Worldwide Inc., the women’s ministry of the military Archdiocese.  Elizabeth speaks broadly on Catholic topics, blogs at joyfulmomentum.org, and has a forthcoming book with the same title.