Focus on the Real Presence 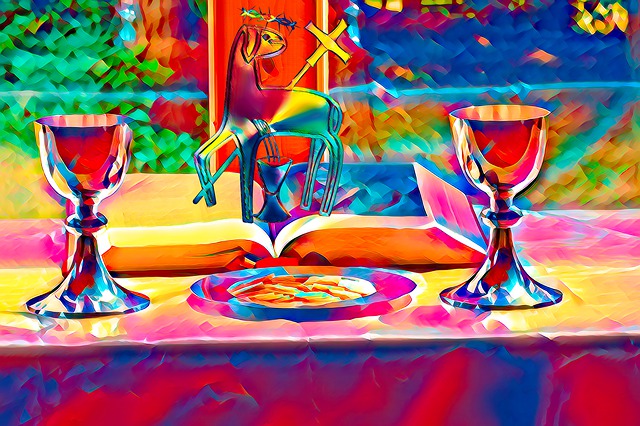 Image by Marek Studzinski from Pixabay

My grandmother lived to be almost 104 years old. She was a witness to incredible technological advances that happened in the twentieth century and even lived through the 1918 Spanish Flu Pandemic, mourning friends who had died. The second oldest in a family of eight, she outlived all her brothers and sisters, several nieces and nephews and one son-in-law. And she lived 34 years as a widow after her husband died at the age of 72.

She lived a long, full life and experienced many things, but the most important thing in her life was her Catholic faith. She never missed a Sunday Mass, prayed the full Rosary several times each day (my brother the priest got a full Rosary just for himself), and was devoted to watching Mother Angelica on EWTN.

A Small Act that Changed My Faith

In the last 10 years of her life, she lived in a Catholic assisted living community where she could attend Mass every day. I started a tradition of joining her for Mass every Wednesday and staying for lunch, and it wasn’t too long before the staff took notice and asked me to be a Eucharistic minister. I happily obliged and became the minister who brought Jesus to the residents who could not walk to the front of the church to receive communion. This little act of service changed my faith forever.

As I approached each person, they would briefly glance at me, but then their gaze was fixed entirely on Jesus. Their hunger for their savior seemed almost physical, their frail bodies that failed them daily leaning slightly forward with desire for Him. I was struck by the singular focus they had on Christ, wishing I too could have that kind of love.

Then, Jesus took it one step further. Sometimes when I would approach with the Eucharist, Jesus gave me the gift of experiencing His own longing to be with that person. His deep, burning, all-consuming love was so great that at times, I thought He might leap out of my hand with love!

I had been devoted to Christ in the Eucharist for a very long time, however, these experiences brought me to a new level of belief about Christ being truly present in the Eucharistic. Each little round wafer contains the whole of our sovereign God – His body, blood, soul, and divinity. He is real, and He is there!

My grandmother and her friends had a precious gift – a singular focus on their Catholic faith. They knew Christ was at the center of their faith, and they lived it every day. May we all have that singular focus…and the peace that accompanies it. 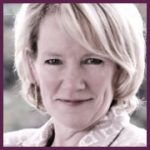 Sherry Kennedy Brownrigg is a 1992 convert to Catholicism and devoted to her faith. She runs a classical music radio station in Omaha, NE and is a certified appreciative coach. Sherry and Steve, her husband of 28 years, dote on their many nieces and nephews and golden retriever Gilly.