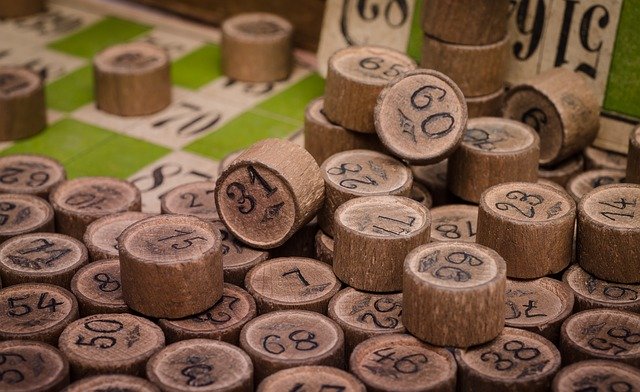 Image by Rudy and Peter Skitterians from Pixabay

I remember the glory days of church bingo at the St. Mary’s Bazaar in Aberdeen, S.D. when I was a little girl. Don’t get me wrong; I would still take a spin on the cake walk, but my brother Mark was the champion of the cake walk. Bingo was my game.

My most memorable win still haunts me a bit. There were prizes displayed on the gym bleachers. My mother was standing by me – as the winner of the last game, it was my turn to choose. We gazed at the selection. Like beacons, two prizes glowed with promise—but I could only choose one.

My mother tried to convince me that I would like the baby doll stroller; it was just like my best friend’s stroller and we could walk our dolls together. It was tempting, to be sure. But right next to it was an off-brand Betsy Wetsy doll. Oh – I wanted a Betsy Wetsy doll! You fed it a bottle, and then it would wet its diaper – and then you got to change it! No matter the promise of the stroller, I just couldn’t forego that doll!

The off-brand Betsy Wetsy was, at best, a disappointment. Why didn’t I get the stroller!

I’ve gotten past the stroller thing, but I still love church bingo. The game is great—but the relationships are better.

This past Fall Festival at Holy Family, I took up my position at the bingo table. I fronted a few of my students and a grade-schooler whose tickets were already spent by the afternoon. And, one of my favorite people was with me —he is a special needs adult—let’s call him Jack.

Jack likes to save his tickets for the food — so I covered his bingo cards.

As every number was called, he would giggle with excitement if he had it, or experience dramatic disappointment if he didn’t have it. His childlike wonder was contagious to those around him, especially me.

We were a number of games in; I had won two games; Jack hadn’t won yet – but he really wanted to win. I had five bingo cards to his one. When I saw that one of my cards was one number away from winning, I asked Jack if he could help me, and slid the card to him. A few numbers later—Jack won! He was over the moon! Then, the next best thing happened – Jack won two more games in a row. His total take for the day was something like twelve or thirteen dollars.

Jack’s joy was my joy, it was everyone’s joy.

It’s been nearly five decades since that disappointing choice of the off-brand Betsy Wetsy over the doll stroller, but bingo’s shine has never been tarnished – because it’s about the relationships.

We need more bingo – or things like bingo – where we sit among the generations, and among the variety of the Lord’s children, and we laugh, and cheer, and none of it really matters but the relationships. We need a time of wonder and childlike joy that leads to gratitude.

It’s Thanksgiving tomorrow. Among the generations of family, and the variety of guests, see if you can’t find something as wonderful as the joy of playing bingo with Jack.