The Grit and Stamina of the Irish People 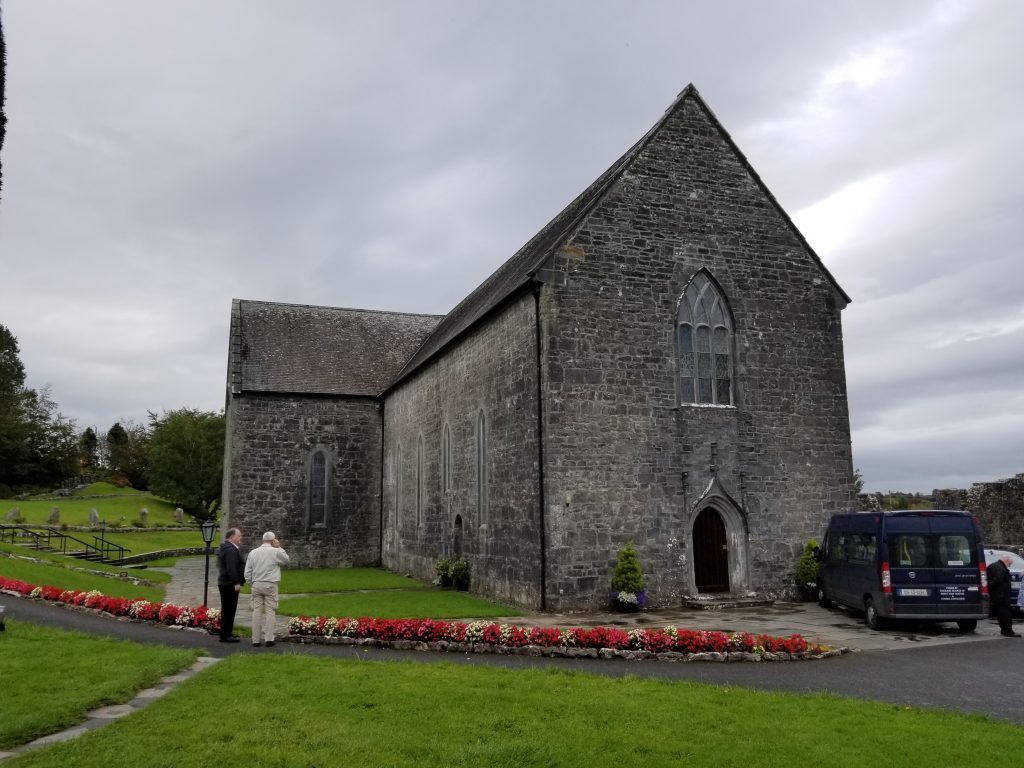 I’ve just returned from a speaking engagement in Ireland – a great blessing and honor on every front. I had the further blessing of being accompanied by my husband on the trip – a rare treat. Not only were we warmly welcomed by the people of the parish at which I presented, but also by all the Irish people we met while on the Emerald Isle. To further sweeten the pot, our hosts treated us to daily excursions to see the holy and historic places all around the West of Ireland. It was like living in a fairy tale!

As we traveled, I was struck by the numbers of structures and remnants of centuries-old churches, monasteries, abbeys, and friaries. It’s clear that Ireland’s history is built around the Church and the heroic and selfless religious who brought the faith there dating back to the early centuries. One place impacted me more than the others, however, and the impressions linger in my heart.

That place is Ballintubber Abbey, known as “The Irish Abbey that Refused to Die.” It was built in 1216 by King Cathal O’Connor, King of Connaught, but its history goes back much further than that. Hundreds of years before its building, St. Patrick came there and baptized people at their pagan Druidic well. Since then, it’s become a sacred place and is nicknamed “St. Patrick’s Well.” Children are still baptized with water from that well in a baptismal font that’s more than a thousand years old. The Abbey is fully intact, having been rebuilt after a string of disasters and attacks that sought its demise.

The original altar is present, too, and rests in the sanctuary behind the current altar. The abbey is the starting point of the old Chariot Road on which St. Patrick traveled that has become known as “St. Patrick’s Pilgrim Road.” It’s marked with posts along the 22-mile journey that leads to Croagh Patrick – a mountain pagans used to climb to hold rituals and worship the sun. Saint Patrick conquered this place and claimed it for the Christians, thus beginning a tradition of Christian pilgrimage that continues even today.

But the Abbey itself tells an unforgettable tale that reflects the grit and stamina of the Irish people in preserving their Catholic faith despite adversity. It speaks of the people whose faith not only survived but grew strong through persecution and famine. The only Abbey to have been billed by an Irish king, Mass has been celebrated their uninterrupted since it was built. All was well until the reign of King Henry VIII and the onset of the Penal Times during which the dissolution of monasteries was ordered and the anti-Catholic laws were enacted in Ireland.

These laws forbade Catholics to hold any kind of public office, own land, bear arms, or teach the Catholic faith among other terrible restrictions. Furthermore, Catholic churches could not have steeples or crosses and clerics were forbidden to wear distinguishing clothes. In fact, it came to the point – after Oliver Cromwell’s assault – that Catholicism was outlawed completely and priests were hunted with a bounty on their heads. Burning and pillaging continued, destroying monastic buildings, cloisters, dormitories, and quarters of clerks and religious.

The wooden roof of Ballintubber Abbey was burned but somehow complete destruction was kept at bay. And all through this Mass continues to be said at the Abbey in secret. This was very dangerous as paid informers were a constant danger. This continued for hundreds of more years until, in 1846, restoration of the Abbey was begun. Sadly, the famine of 1847 forced the cessation of the work. It was taken up again 40 years later this time with help received even from people overseas. Finally, in 1966 – 120 years later – the nave was rebuilt and the Abbey celebrated its 750th year with the restored, roofed church. And through all of this, holy Mass was celebrated there uninterruptedly.

While this is probably the most remarkable story of the history of the faith in Ireland, it is by no means the only one. Traversing the countryside, I looked at the ruins and renovated buildings and was deeply touched by the fact that the Irish people had to fight for their Catholic faith against calamity, life-threatening dangers, famine, poverty, and hardship. And yet, they seem to take it all in stride. People talk about the Penal Times, and the Famine Years in an accepting, matter-of-fact way. What happened, happened, and it was most unfortunate. But the faith lives on and so do they.

It’s almost as if our Lord was speaking directly to the Irish people when he said,

“Before all this happens, however, they will seize and persecute you, they will hand you over to the synagogues and to prisons, and they will have you led before kings and governors because of my name. It will lead to your giving testimony. Remember, you are not to prepare your defense beforehand, for I myself shall give you a wisdom in speaking that all your adversaries will be powerless to resist or refute. You will even be handed over by parents, brothers, relatives, and friends,and they will put some of you to death. You will be hated by all because of my name,
but not a hair on your head will be destroyed. By your perseverance you will secure your lives.”
~ Luke 21:12-19 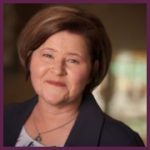