A MAN SENT FROM GOD 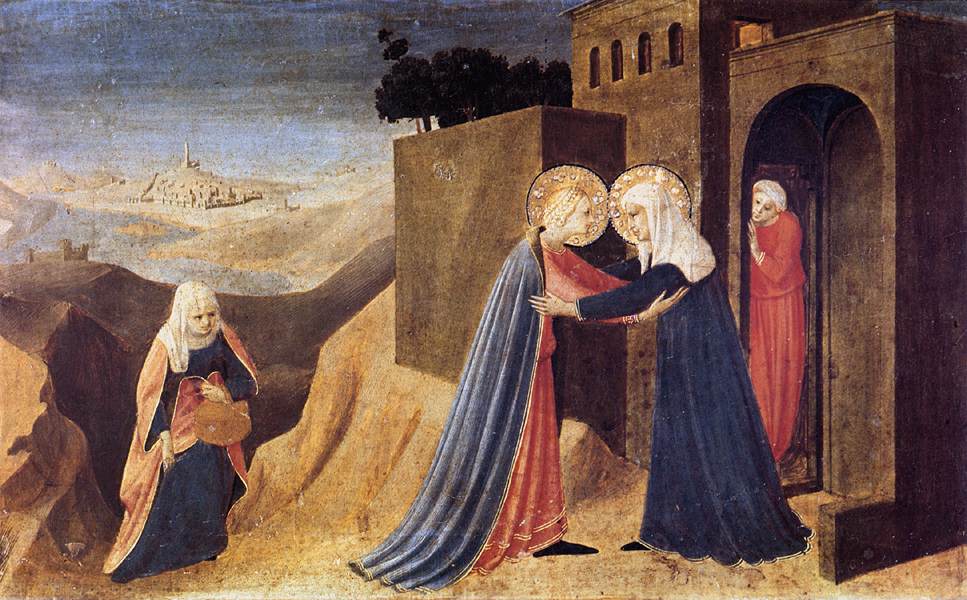 As you read these words, a multitude are completing the Novena to Saint John the Baptist, whose Feast Day is June 24.  John is an incomparable saint: a birth announced by an angel, a name chosen by Heaven, a miraculous conception with his mother past the age of childbearing and his father silenced until his circumcision. Truly, John was a man sent from God.

John would meet the Savior of the World very early when he was only six months in the womb of his mother Elizabeth as she welcomed her cousin Mary, who herself was carrying Jesus in her womb.  At this encounter the unborn baby John leapt for joy and was filled with the Third Person of the Trinity, the Holy Spirit.

Today this encounter reminds us that God’s plans begin with the unborn.  John was born with the destiny to be the forerunner of Israel’s and the world’s Messiah.

As cousins surely these two little boys grew up playing together when their families would gather going up to Jerusalem. Later John withdrew into the wilderness, until the day he came forth baptizing and preaching the gospel of repentance. I am a voice of one crying in the wilderness, prepare ye the way of the Lord. It was John who would baptize Jesus. He had fully prepared the way for Jesus’ earthly ministry. Truly, John was a man sent from God.

But, how overlooked John is then and now.  He lived among the wild beasts, wore a loin cloth, ate locusts and wild honey, and never touched wine or strong drink.  He simply was not of this world, so much so that the people accused him of “having a devil.”

Yet, John is the only saint to have both his birth and his death celebrated, and he gave us the greatest, shortest and most pointed instruction for spiritual growth: He must increase, but I must decrease.

For all these reasons and more, John is my “go to” saint for many of the world’s ills, especially regarding the unborn. Hence my own novena to Saint John the Baptist. As we witness a positive turn in the tide concerning protection for life of the unborn, let us not lose this moment and momentum.  Holy prayers from holy women are the devil’s nightmare.

The Bible tells us our struggles are not against flesh and blood, but powers and principalities, rulers of darkness and spiritual wickedness in high places.  John never cowered.  In today’s vernacular, he spoke truth to power and it cost him his life.

Truly, John was a man sent from God.

Most Holy Saint John the Baptist, as you continually prepare the way for Jesus to come, we seek your prayers and intercession on behalf of the unborn.  As you were filled with the Holy Spirit before you were born, pray for those still in their mother’s womb that they may be birthed into this world unharmed.  Pray for us that we may be carriers of Divine Life to those who are in darkness through our lives, our words, our prayers and our deeds.  All Glory to the One you baptized.  Amen.