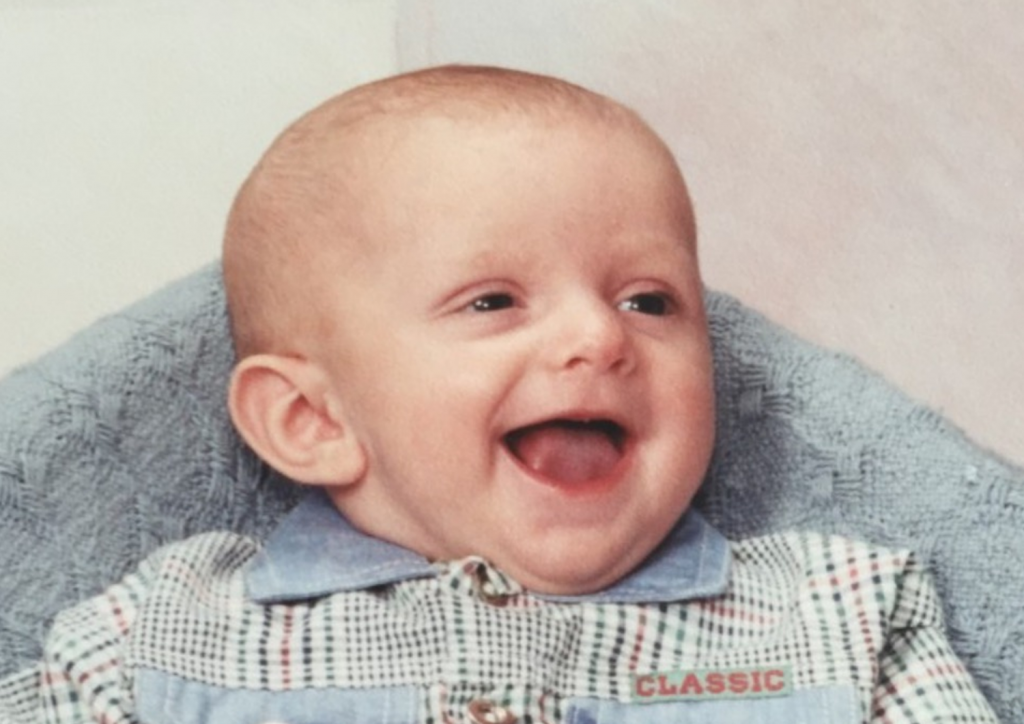 August 9, 2000 – a day deeply etched in my heart forever.  It was a warm summer evening.  After a hearty spaghetti dinner, I took my 2 boys, Joseph and Dominic, ages 3 and 4 ½ months at the time, outside to play. My husband cut the grass while we meandered around the yard.  Around 7:00 pm we came inside.  I bathed my boys and delighted in their bath time giggles.  Dominic’s little personality was just beginning to develop, and Joseph was slowly learning the art of entertaining his little brother!  7:30 pm -I nursed my precious Dominic and laid him down for bed, thinking he would be up in a few hours to nurse again.  He never woke up.

Being forewarned was not part of God’s plan, though.  Dominic’s death was sudden, like a thief in the night, no warning.

After an excruciating investigation and autopsy, the death certificate said, SIDS – Sudden Infant Death Syndrome – no explanation for Dominic’s death, just overwhelming grief from such an unexpected loss.

It was around 8:00 pm and I was chatting on the phone with my father who lived in California at the time.  Joseph was sitting on the couch eating a bedtime snack.  My husband went in our bedroom to check on Dominic and he found him face down in his portable crib. Since we had recently purchased our first home and were scheduled to move in few days, our regular crib was already taken down.  Dominic had just learned how to roll over, so my husband, thinking he had just rolled over, gently moved him from his stomach to his back.  As he did this, he felt his limp body and saw a froth like blood coming out of Dominic’s mouth and nostrils.  He screamed for me.  I will never forget the terror I heard in his voice when he cried for me that night. Ever. I ran to the bedroom hallway and there I saw my husband holding our unresponsive son in his arms. He looked at me with fear in his eyes as he blurted out, “He’s not breathing!”  I screamed, “Oh my God, oh my God, call 911!”  My poor dad – that is all he heard because I hung up on him to make that awful call.

While we waited for the ambulance to arrive, the kind man on the other end of our 911 call, talked my husband through CPR.  Although we were both infant CPR trained, we could not remember how to perform it on our own son in that frightful moment. In between attempts to get Dominic breathing again, I remember picking him up and holding him over my shoulder as if I was trying to quiet a restless baby, instead this time, in my agony, I was begging Dominic to wake up! “Please, Dominic, wake up, God please wake him up!”

The ambulance arrived.  Dominic was carried out on a stretcher.  I remember grabbing his car seat and diaper bag out of habit, and then – having the sudden realization – that I probably would not need it for him again – ever.  I rode in the ambulance with my son and after settling Joseph with family friends, my husband followed us to the hospital in his car.  The ride to the hospital from our home in the country seemed like forever.  As the cold air from the vents in the front seat of the ambulance blew on me and chilled me to my bones, I repeatedly prayed the Hail Mary, interspersed with cries of “please Lord, don’t take my baby!”

When we arrived at the hospital, I jumped out of the ambulance, hoping to catch a glimpse of my son as they carried him into the ER.  I was escorted to a “special” room to await the dreaded news. Shortly after my husband joined me, a very warm-hearted doctor came in, put her hand on my arm, and said the words that I feared, “I am so sorry. We did everything we could.  Would you like to hold Dominic one last time?”  Of course!

A few minutes later, my lifeless son was laid in my arms.  In that agonizing moment, I thought of the Pieta, the holy image of Our Blessed Mother, at the foot of the cross, holding Our Savior, lifeless in her arms.  She knew the pain and the anguish I was feeling.

I recall thinking, as I held Dominic in my arms, that his body felt virtually weightless, but the weight of his loss felt completely unbearable.  So – there I was, tears pouring down my face, in my Calvary, looking to Mary to model for me how to carry the weight of this excruciating loss.  She did – and through it all, God had a plan. He always does.  In our darkest moments, as we carry our crosses or find ourselves at the foot of a cross, He is there waiting to hold us and lead the way. I held my child that night, but my Father in heaven held me.  I knew it.  I felt it.

Dominic was officially pronounced dead at 9:03 pm.  My mom would always say, “Every Good Friday is followed by an Easter Sunday.”  She was right.  Dominic was a happy, healthy baby and his sudden loss, carved a deep wound in my heart that only God could fill with His grace, and, in His time, use for His glory.

Pain goes as deep as our love.  My pain was unfathomable, because my love was deep, but the profound pain from Dominic’s loss truly transformed my life. I don’t take life for granted.  I strive to live each moment as if it were my last or the last moment, I might have with another.   Each moment counts.  My family knows how much I love them.  I have a deep respect for the gift of life and try not to let the sun set on my anger.

Do I struggle with the fear of loss?  Yes – but in those moments, my heart echoes – “JESUS, I TRUST IN YOU,” – and I do – trust in Jesus, because I have seen him create beauty from the ashes and turn trials into spiritual triumphs!

Pain has the power to change us for good or destroy us – the decision of what path we allow the pain to take us on, lies in our hands.  I am grateful for the gift of my faith and God’s grace that allowed me to see clearly amidst the agony and tears, to surrender to His will and choose the life-giving path. In my sudden loss, I was saved by God’s grace.

Dominic lives on in me and how I daily choose to live my life for Christ.  He also lives on in all those who knew and loved him.  His short life touched countless hearts and his now spiritual presence is evident to those who call upon his intercession.

I have a son in Heaven interceding for myself and my family -an unbelievable gift – Saint Dominic Fulton, pray for us! 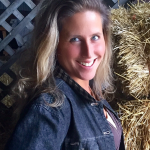 Kathleen Billings is married to her best friend, a mother of five beautiful blessings and three more souls in Heaven. She has a BA in theology from the Franciscan University of Steubenville. Together with her husband, Troy, they began and direct a vibrant parish based Marriage Ministry called BAM – Building Amazing Marriages. Kathleen has a personal blog entitled seasonsoftheheartandhome.com where she writes about living her faith, in every season, as a wife and mother amidst the ordinary moments each day that God wants to make extraordinary. She is a regular blogger on marriage for the United States Conference of Catholic Bishops Website and is also a contributing author to the book “Amazing Grace for Mothers.” Kathleen has been an active Catholic speaker for the past 20 years – speaking at days of recollection, retreats for women, retreats for married couples, evenings of reflection and women’s groups.