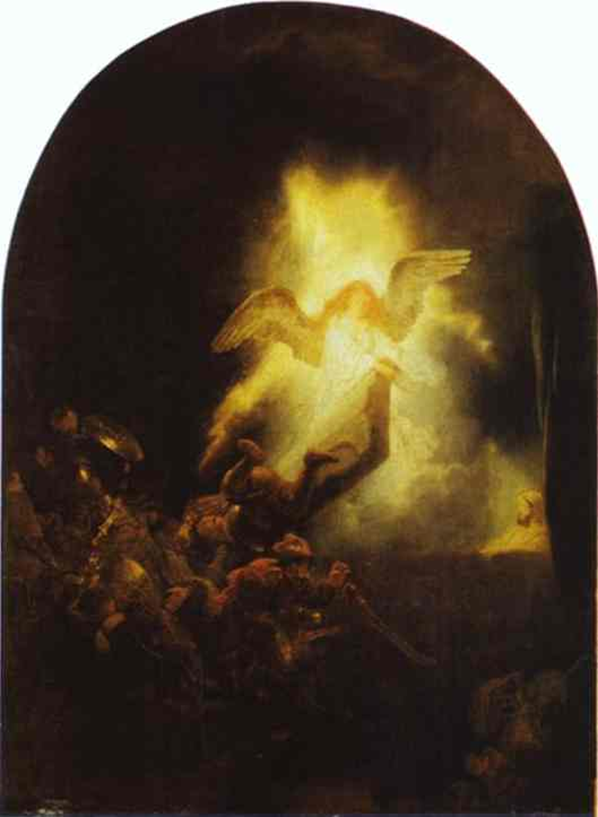 “The Resurrection of Christ” by Rembrandt”

We are stewards of the most wondrous mystery known, not only to mankind, but also to the angelic authorities.  For it is us, who were created a little lower than these angels, we celebrate today before the entire world the redemption of mankind.

That which began with the angel Gabriel’s visit to a young Jewish woman in Nazareth was completed on the first day of the week after the Passover in the life of her thirty-three year old Son.  He was born to die . . . that He might come back from the grave to life, bringing with Him the keys to Hell, death and the grave for us.

He promised us before His horrible death that He would go and prepare a place for us that we could forever be with Him.  In His Father’s house, He told us, were many glorious dwelling places.

The world in which we live grows more confused by the day.  Not trusting in God, people find themselves without hope.  Not knowing their Creator, they mistrust their origins and how they are made.  With the absence of Christian teaching, there is an entire generation with unformed consciences.  Good is called evil and evil is called good.

We have witnessed in the last twenty years act of abhorrent evil done by those who were overcome by darkness.  Having not been illumined by His Light, they were deceived to commit murder by “dying for god.”  As possessors of His glorious truth, we know in fact that we have a God who died for us.  He is forever the Light of the world.

Death could not hold Him and therefore it cannot hold us or anyone who will believe on His Name.  In Hebrew is it Yeshua. . . Salvation.

Coming from Eternity, He owns time.  He is the same yesterday, today and forever.  We are alive today, tomorrow and forever because He lives!  We are redeemed from Hell, death and the grave.

He can be accessed in the same way we open secure websites on our computers.  It takes a user name and a password.  Here is one that unlocks all of Heaven:

The Gospel is still the good news to be proclaimed about the One who gave all for us.  He is:

The Baby who became King

The humble who became Almighty

The architect who became a carpenter

The wounded who became the healer

The broken who brings restoration

The slain who is risen

The Lamb who became the Shepherd.

The Lamb is on the Throne.

Glory be to the Father, to the Son and to the Holy Spirit!