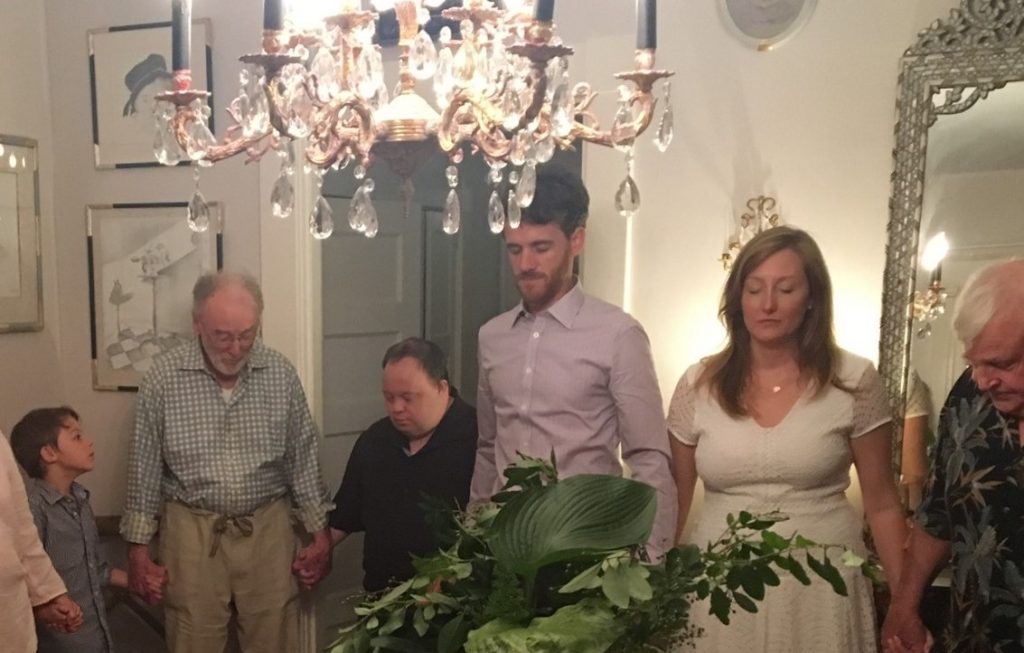 By the time you, dear reader, have looked on these words, the fragrances of sage, thyme and baked sweet potatoes are possibly wafting from your kitchen through your home.  Another possibility, Thanksgiving dinner is now a past event and very grateful souls are cleaning up.  You should now be relaxing in a chair with your feet propped up, finally able to read the latest WINE post.

Thanksgiving on the fourth Thursday of November is totally American.  Our family lived abroad many years and we always celebrated an American Thanksgiving with as much hoopla as we could invoke.  Thanksgiving became the autumn equivalent of the Fourth of July.

When I was a young school girl in Virginia, we were saturated with the importance of the history of our Commonwealth among the thirteen original colonies.  While we boasted the first permanent English settlement in Jamestown, Massachusetts had managed to hijack Thanksgiving from us.  In Virginia we had our own stories of shared meals and prayers of gratitude offered to God for His provision and our survival of another year. They just did not make the history books.

Fast forward half a century later and I have become a Catholic. Soon afterwards, I discovered the Jesuit mission, Sacred Heart, here in Richmond which services thousands of Hispanic families. It was here that I learned of a most stunning event that took place in Virginia which I had never studied in our history books or even heard mentioned. On September 10, 1570, eight Jesuits, two priests, three brothers, and three novice brothers, arrived on the banks of the James River.  Led by Fr, Juan Baptista de Segura, they were accompanied by a Spanish altar-boy and Indian guide.  They came here to establish a mission and evangelize the local native population.  Because their goal was entirely evangelical, to ease the tensions with the Indians they brought no soldiers with them. Between February 4 and 9, 1571, all eight were martyred.  Thirty-seven years before the founding of Jamestown in 1607, this was the first European settlement in Virginia.  The Catholic Diocese of Richmond has sponsored the cause for their canonization and they have been declared Servants of God.  The year 2020 will be the 450th anniversary of this little known event.

Discovering that the blood of martyrs flowed here, less than 25 miles from where I live, has deepened me profoundly. Like the blood of Abel, the sacrifice of these lives cries also from the ground.  The cry I hear is Redemption and that gives me hope.  Before there was the suffering of slavery, before all the battles of the Revolutionary War and the horrors of the Civil War, before the injustices of segregation and before the murder of the unborn, the blood of martyrs was here.

It is unknown whether they celebrated the Mass on the day they arrived or the following one.  We do know that the first Thanksgiving offering in Virginia occurred when the Eucharist was celebrated somewhere near the confluence of the Chickahominy and James Rivers on or before September 11, 1570.

We thank God for them and their sacrifice.  As we remember our heritage as Americans, our Founding Fathers and military veterans, let us also make memory of our Forefathers in the faith who laid down their lives for the Gospel in this land.  For this, I give thanks and ask the intercession of these martyrs on behalf of us and America this Thanksgiving.  May the Lord give us the strength and the courage and the grace to uphold good and eschew evil.

And by the word of their testimony,

For they loved not their lives even unto death.  Revelation 12:11

As a nation, we are so grateful this Thanksgiving.  Your bounty and blessings, O Lord, have exceeded all that we could have asked, imagined or deserved.  Your goodness is revealed again and again in Your generosity and kindness to us.  Continue, O God of Mercy, to shine Your light upon us, into us and through us that darkness can find no hiding place and Your Glory is revealed in America and all the earth. Amen