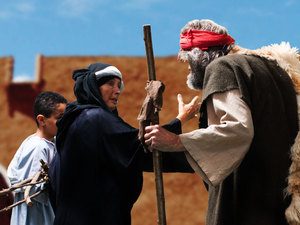 The other day my husband and I were alone in the car — a rare event at our house, as we typically have at least one teenager and my mother along for the ride. He and I were heading to a local funeral parlor to attend the viewing of a co-worker’s sister, then on to our parish penance service. Our daughter begged to stay home with Mom, who was not feeling well enough to go out. So there we were.

We were about a mile away from the funeral home when I took a deep breath and blurted, “I’m worried, honey. I feel as though I’m getting depressed again — isolated, lonely, stressed. My entire life is about work, church, and home management. I can’t think of a single person to call for a girl’s night out … who would want to hang with me when I’m in such a grand funk? How can YOU stand to be around me?”

My husband, bless him, took up the challenge to booster my confidence and come up with a list of things we could do together to make some new friends: take a cooking or dance class, find a canasta or euchre club, volunteer with a local charity. “Maybe we can find someone who can come and sit with Mom and Sarah one night a week, so we can do something fun.” The next thing I know, he has booked us on a three-day mini-cruise when we go to Florida to spend Christmas with my mother-in-law.

Is it any wonder I love this man of mine?

I suspect that most of us, at one time or another, feel so over-extended that it’s hard to remember what it is to breathe deeply and sleep soundly. We were made for joy — and when that joy gets buried, we suffer. Both the first and Gospel readings today feature widows who, by faith, gave more than they could reasonably be expected to do. One expended her miniscule store of flour and oil to feed a wandering prophet for a year. The other impressed Jesus by putting a tiny coin in the offering, “her whole livelihood.” Both were infinitely more generous than anyone had a right to expect them to be … because they were looking not to their own needs, but to God.

That’s not to say that we are obligated to neglect ourselves out of some misguided spiritual zeal. (After all, Elijah instructed the woman to bake cakes for herself and her son after he ate, thereby giving her an opportunity to exercise trust in the God who provides.) We don’t know what happened to the widow who had given her coins after she left the Temple … I like to think she met an old friend who invited her for breakfast.

The mercy of God is a bottomless well of grace. He delights in our small acts of generosity, and though he does not always reciprocate in kind, we can be sure that when we need to drink deeply from the river of joy, we will experience the greatest refreshment if our hands are empty and waiting.

Jesus, Living Bread and Water, we trust in you.