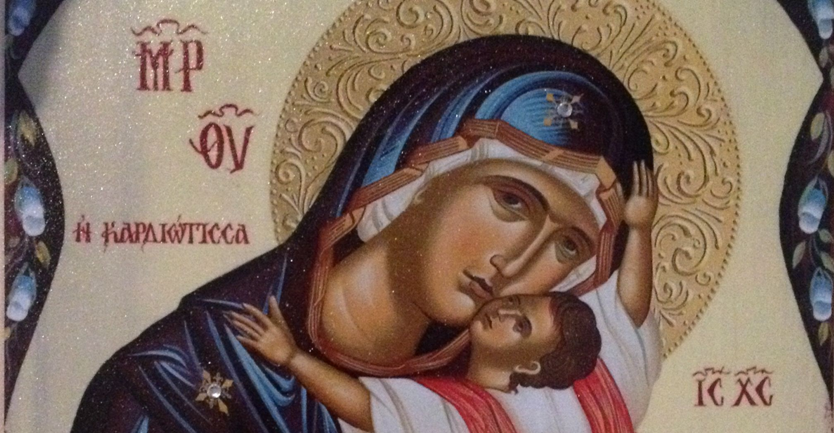 Today we read in Mark’s Gospel the miraculous account of Jesus healing a man who was unable to hear and impaired in his speech.  Drawing him away from the crowd, Jesus put His finger in the man’s ears and His own saliva on the man’s tongue.  Looking into Heaven, Jesus groaned and declared, “Be opened!” Immediately the man’s ears were opened and he heard and spoke perfectly. Now here is where it gets messy. . . Jesus ordered those present not to tell anyone.  Who can keep a secret like that?  Well, no one in the district of Decapolis on that day.  And the more He ordered the people not to do it, the more they proclaimed it. Yet on another occasion, He prompted His critics to believe on the very miracles He did.

If I do not do the works of My Father, do not believe Me;

But if I do them, though you do not believe Me, believe the works,

So that you may know and understand that the Father is in Me and I in the Father.”

Reading the Gospels inspires me to tell you about a recent miraculous occurrence I have witnessed. One Friday afternoon we received a phone call from a friend telling us of an icon that was being brought down that night to an Orthodox Church in Richmond, Virginia, “This icon weeps myrrh and there have been many miracles and healings.”  My daughter and I had been praying for a close friend and we decided to go see the icon that evening and pray for her healing. When we arrived, the Church was packed and we stood outside the door.  An usher graciously explained that everything was running late because the icon was stuck in traffic on Interstate 95 but that it would be arriving in about 15 minutes.  Then, to our surprise, he escorted us to the front row of the Church.  The sense of expectancy there was momentous.  Soon a perfume filled the place, wafting down the aisles and into the rows of pews as the priest slowly brought the Kardiotissa Icon dripping with oil to the front of the church and placed it on a stand.  The fragrance was from another world. The rest of the evening was glorious, out of the realm of time.  After prayers, all were invited to come and venerate the icon.  Everyone was invited to receive prayer and be anointed with the sign of the cross from the oil that flowed.  Each person was given a copy of the icon touched with the perfumed oil and a small amount of the oil on a cotton swab.  It was all so beautiful, so generous and so holy.

Father Mark, from St George’s Orthodox Church in Taylor, Pennsylvania spoke afterwards and told how the oil had begun to flow in 2011.   As miracles of healings and conversion were happening right before their eyes, the parishioner’s own lives were being changed. Their faith was increasing exponentially.  The testimonies that night of physical healings were simply astonishing.  One story is unforgettable.  A little four year old boy was very sick, being devoured by cancer.  The cancer had wrapped itself around his internal organs and no surgeon would dare to operate on him.  His parents brought him to the Kardiotissa Icon and he was anointed with the Holy Oil. Then a doctor at Sloan-Kettering agreed to perform the surgery, still offering thin hope of the little child’s survival.  When the surgeon opened him up, there was no cancer wrapped around any organs.  It had all pulled away and had formed a little hard ball.  The surgeon lifted it out and sewed up the little boy. No more cancer. Glory to God!

I shared this with our prayer group and another friend kept telling me she wanted to visit the icon. When I realized that she was in a serious struggle with her own health, we made plans.  Susan is evangelical and had made many missionary trips to Uganda but I was doubtful that she had been in a liturgical church.  In July we took her up to Saint George’s Orthodox Church where the icon resides for the Wednesday evening Moleben prayer service to the Virgin Mary.  As soon as she entered, Susan was melted by the Holy Presence.  Just as in Richmond, everyone was offered prayer, the anointing oil, a copy of the icon and a little oil to take home.  Two hours later, we left for the four hour drive back to Virginia, deeply touched in our hearts, with abundant hope for healing for those who suffer and overflowing with greater love for God.

It thrills me that God is revealing Himself in glorious and miraculous ways today. You will not find any information about this on St George’s website; they have chosen to cloak themselves in humility.  All has been by word of mouth or the postings of others.  Like those in the time of Jesus, I just cannot keep quiet when God is pouring blessings from Heaven. My heart yearns for more.

“As for us, we cannot stop speaking about that which we have seen and heard.” Acts 4:20

Lord Jesus, You have revealed yourself to us in wondrous and mysterious ways: through the written word of the bible, through bread and wine that become Your Body and Blood, through the still small voice in our hearts, through Your peace You impart to us, in dreams and visions, in prayer and worship.  We invite You to amaze us with signs from heaven and wonders in the earth.  Show us Your glory.  Amen.