On Earth as in Heaven 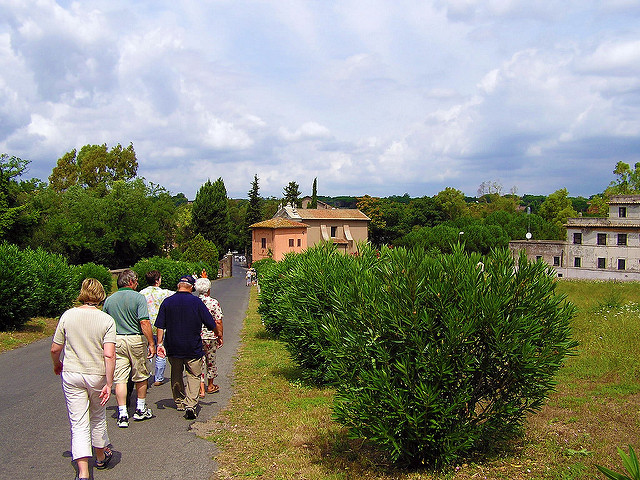 Church of Domine Quo Vadis by Steve Moses via Flikr. CC BY 2.0

In today’s Gospel, Jesus changes Simon’s name to Peter (Petros, rock) and declares, “Upon this rock I will build my church, and the gates of the netherworld shall not prevail against it” (Mt 16:13-20).

It was an act of trust and confidence for the Lord to choose Peter, who wasn’t as educated as Luke, or as financially savvy as Matthew. He was a salty, clay-footed, loud-mouthed fisherman. But Jesus also saw something else: a soul who would lay himself down to be transformed by the Spirit, and in that find his strength. Eventually. 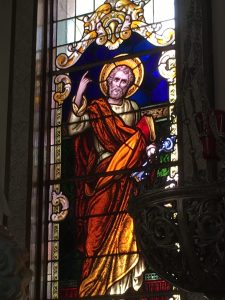 In the Basilica of Our Lady of the Angels, in Cartago, Costa Rica, I was struck by this image of St. Peter — not the bombastic fisherman, but the no-nonsense “keeper of the keys.” Something in his eyes spoke to me of the great power — and the great responsibility — that had been entrusted to him. Yes, there would be times of testing ahead. But on earth as it is in heaven, God’s will would prevail. In time.

I thought of that moment again a few weeks later, after I rejoined my family. We had just celebrated fifteen years together as a family. Fifteen years of praying, struggling, trusting, and sometimes failing miserably. Fifteen years of binding and loosing. And as I was soon to discover, the battle was not over. The evil one was not going to let my children go without a fight.

On earth as it is in heaven. Just as Jesus had entrusted the keys of the kingdom to Peter, so he had entrusted these children to us to protect and to guide, to bind their wounds and pour out the healing balm of love, that healing might begin.

Recently I was reminded that binding and loosing is the work of a lifetime, not a one-time event. The man who became the “key keeper” faltered, first by denying the Lord three times, and again (according to tradition) at the end of his life, when he fled Rome and encountered the Risen Lord. “Quo vadis? (Where are you going?),” he asked Jesus. “To Rome, to be crucified again.” And Peter followed, and died.

The Church of Domine Quo Vadis in Rome was built in memory of this sacred legend. It is a blessed reminder of all the ways, on earth as in heaven, our Risen Savior wipes away our failings and raises us up to accomplish the task he has entrusted to us. Eventually.