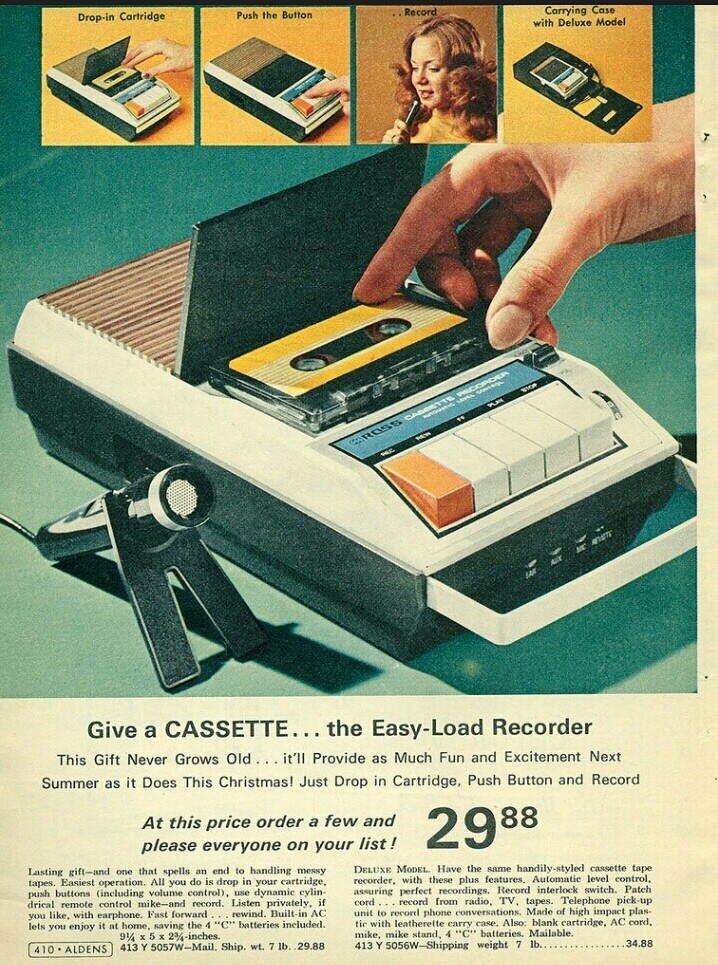 My brothers used to tease me about my bad singing voice, but I knew they were just jealous of my obvious talent. Singing was an utter joy to me! One day, I was so fed up with their badgering that I thought I would show them in a sort of “blind” test. The first cassette tape I found was one of my dad’s Italian language tapes. It seemed that my singing was more important than anything he might be learning, so I recorded over it.

We had an old tape player with a handheld microphone, which could only help in the professional quality of the recording session. Now all that was left was song selection. In a spasm of brilliance, I chose The Twelve Days of Christmas… all the way through. I closed the doors to the sunroom and began what would surely one day be a historic documentation of the prodigy at her craft.

Admittedly, there were some points where I had to stop and clear my throat, and other places when I realized a note might be out of my range, but I persisted and finished. Excitedly, I rewound the tape and began the playback. I couldn’t wait to hear what would soon have my brothers eating crow.

To someone with an untrained ear, what followed may have been dream crushing. On playback what I heard was awful! Nothing sounded like it should. Notes were all over the place, the voice was cracking, where was the melody? It was horrific. However, if there was one thing I was certain of in my life, it was that I was meant to be a singer. Therefore, the metallic sort of scratching sounds on the tape could only mean one thing… the cheap tape recorder was broken!

I left the sunroom knowing that I would have to find a better recorder, and perhaps a better song, in order to redo everything. Unfortunately, I left the evidence behind me.

It wasn’t long before my brothers had the tape. Their first reaction was, “Dad’s gonna kill you; those were his Italian tapes.” Then…the mocking began. I retorted, “The tape recorder was broken!” This made them laugh all the more.

Well that was easily four or more decades ago. My dad never did kill me; he didn’t even mention it. I can only imagine his laugh when he found it. And— oddly—I never became a great singer. My brothers may have been right.

I’ve never lost my joy of singing. If I can’t hit the notes, either I don’t sing them, or I turn the music louder, or I just laugh and keep going.

My mom was the best hostess; I’ll never be like her. But I love entertaining. So when you come to my house, don’t worry when there is dust, or a pile of papers, or I’ve burnt something. I love being a hostess, and it is worth doing badly.

My father was far better than me at any language, but I love giving languages a try. My Italian is peppered with Spanish, and my Spanish with Italian, but it is worth doing badly. The native speakers’ smiles make all of us laugh; they appreciate my clumsiness.

What is it in your life that you have avoided doing badly? Don’t be paralyzed by not being the best, or even by being the worst. Greatness is only handed out now and again. So much joy and so many good works are found right in the midst of mediocrity. So, go on—go do something badly, but with all the joy you can muster!