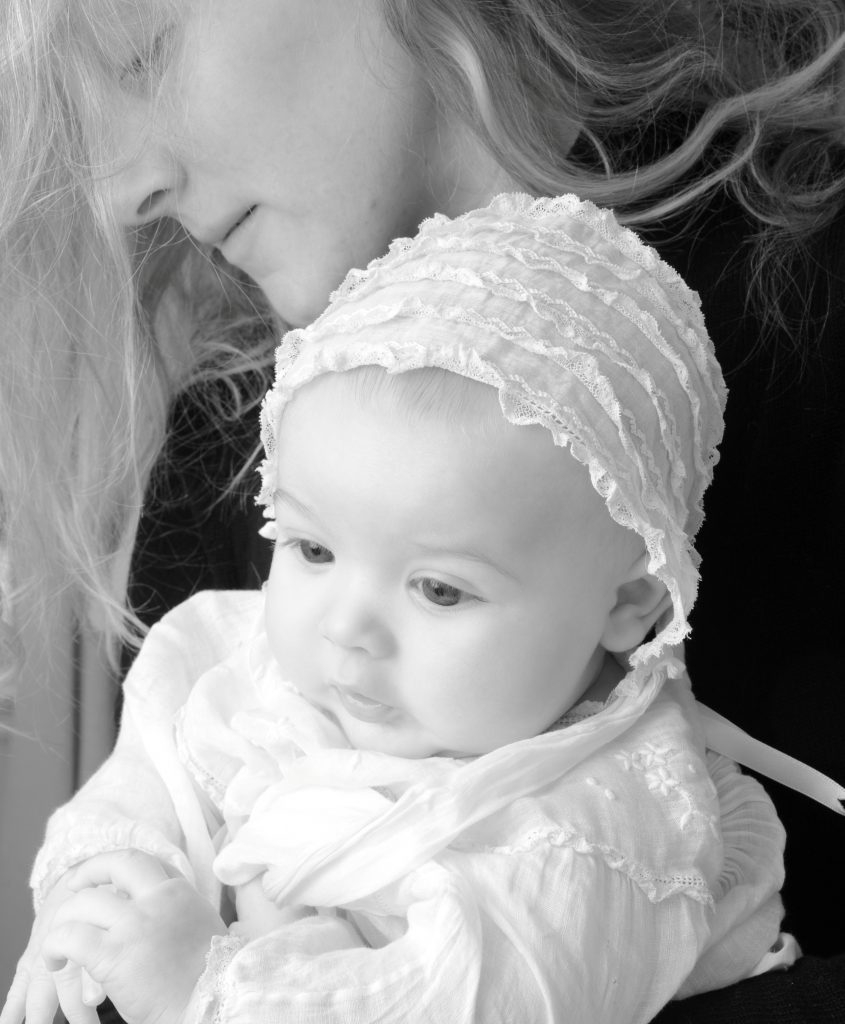 Photo courtesy of Ruth B. Photography. Used with permission. All rights reserved.

Our God is a wonderful father! Desiring a family with whom to share His boundless love, He created a man to be His son.  He foreknew that His solitary son, Adam, would also long for companionship and relationship and God created Eve.  We all know the story, at least one side of it.   Another view is from the Jewish rabbis who proffer that Adam was negligent in leaving his wife alone and vulnerable in the garden where there was a serpent, hence the temptation, deception and the fall.    Early in my own Christian walk, I wrestled with the consequences of Adam and Eve’s tragic decision to ignore the voice of God’s instructions and be deceived.  Why did I have to suffer for what they had done? As clear as the stars in the frigid sky of a winter night, the answer awakened me within:   if I had been Eve, I would have done exactly the same thing.

Our Father had a plan. Through the bearing of children, women would be brought into a place of sacred communion with God.  As Eve was called the mother of all the living, we, like her, would be God’s vessels in bringing forth life.  From conception to the birthing of the little life into the world, women were given a place of honor close to the heart of God. Birthed through us are eternal souls who will live forever.  Motherhood is redemptive.

As God gathered His family together, this was like no other in all the earth.  God was creating for Himself a sacred family from the Hebrew people.  Remember how God tested Abraham to see if he was willing to sacrifice his own son?  Abraham piled the wood on the donkey and took his beloved son Isaac and climbed up to the place of sacrifice, trusting God entirely.  An angel’s intervention at the last moment spared Isaac’s life and a ram was provided and offered as the sacrifice. It was as if God had to find someone on earth who would be willing to do what He Himself would ultimately do . . . offer His own Son.

Back to redemptive motherhood.   Imagine with me for a moment if, instead of Abraham, God had told Sarah that he wanted Isaac offered as a sacrifice.  How long would it have taken for her to prostrate herself on the rugs of that tent, praying until all the matters of the heart were settled right there?  There would have been no sticks to gather, no trek up the mountain side.  Deep within, mothers know about prevailing prayer.  Surely, there is no prayer from earth to Heaven like a mother’s prayer.

Sarah would be called the mother of nations.   And so she remains, as this Mother’s Day also coincides with the establishment of the nation Israel on May 14, 1948.  Out of the ashes of the Holocaust of World War II, God would hear the cries of His Jewish family and restore their homeland.

The Book of Judges recounts how God raised up Deborah, a prophetess and a judge, to avenge the enemies of Israel.  She called herself a mother in Israel.

Another Jewish woman, Naomi was a widow.  When her two sons died, she tried to send her widowed daughters-in-law back to their own people in Moab.  One departed and one remained.   Ruth’s resounding words to Naomi echo the heartbeat of every converted soul, “Do not send me away, where you go I will go, where you stay I will stay; your people will be my people and your God my God.”  Naomi was a woman to be followed.   In doing so, Ruth became the great-grandmother of King David and an ancestor of Jesus.

Five barren Jewish women miraculously gave birth in the Bible.  Sarah was over ninety when Isaac, who was foretold by angels, was born.  Isaac prayed on behalf of his wife Rebecca who was barren and she conceived and bore twins, Jacob and Esau.  Rachael threw herself at the feet of Jacob crying “Give me children or else I die.”  She became the mother of Joseph and Benjamin.   An angel proclaimed the birth of a very special son to an unnamed barren woman and Samson was born.   Hannah was maligned and falsely accused as she prayed earnestly before the Lord for Him to give her a son and Samuel was born.  From the womb of the elderly Elizabeth, John the Baptist was born. The Bible is the often miraculous record of the lineage and family history of the children of Israel.

Mothers are God’s gift to the next generation.   Entrusted to them is tenderness and love to cuddle and whisper, nurture and instruct, lead and challenge the lives given by God to them.  And so it was when Heaven’s greatest gift was given.  Although Jesus could have first appeared as a fully grown man walking out of the Judean wilderness, God’s plan was for Jesus to be born a baby in a Jewish family.  He was circumcised on the eighth day, presented in the Temple on the fortieth day, taken up to Jerusalem for feast days, studied the Torah, read in the synagogue in Nazareth and observed the Sabbath, Passover, the Feast of Dedication (Hanukkah) and all the other Holy Days.  Growing up, He was nurtured and cared for by a mother like none other.  As our Father entrusted His only Son into the womb, the heart and arms of Mary, He has entrusted us as well. She never left Him.  From His Cross, Jesus bequeathed Mary to the only disciple who witnessed His crucifixion and ultimately to us. To His mother, He said “Behold your son.”  And to John, “Behold your mother.”

Jesus not only gave the Church a mother, He gave us His mother, a Jewish mother  . . . . with the full inheritance of all the Biblical mothers who preceded her.  And this is another reason we say, “Happy Mother’s Day!”

Dearest Jesus, Let our prayer ascend to Heaven this day, “Give us children for your Kingdom and bring our children and our families to know You”.  We thank you for your abundant mercy that endures forever.  We cry to you on behalf of those who have no voice, those who do not yet know you and even those who have rejected you, “Have mercy on us, reveal yourself to us and forgive us our transgressions.” Grace us to be Spiritual Mothers in an orphaned world.   Amen