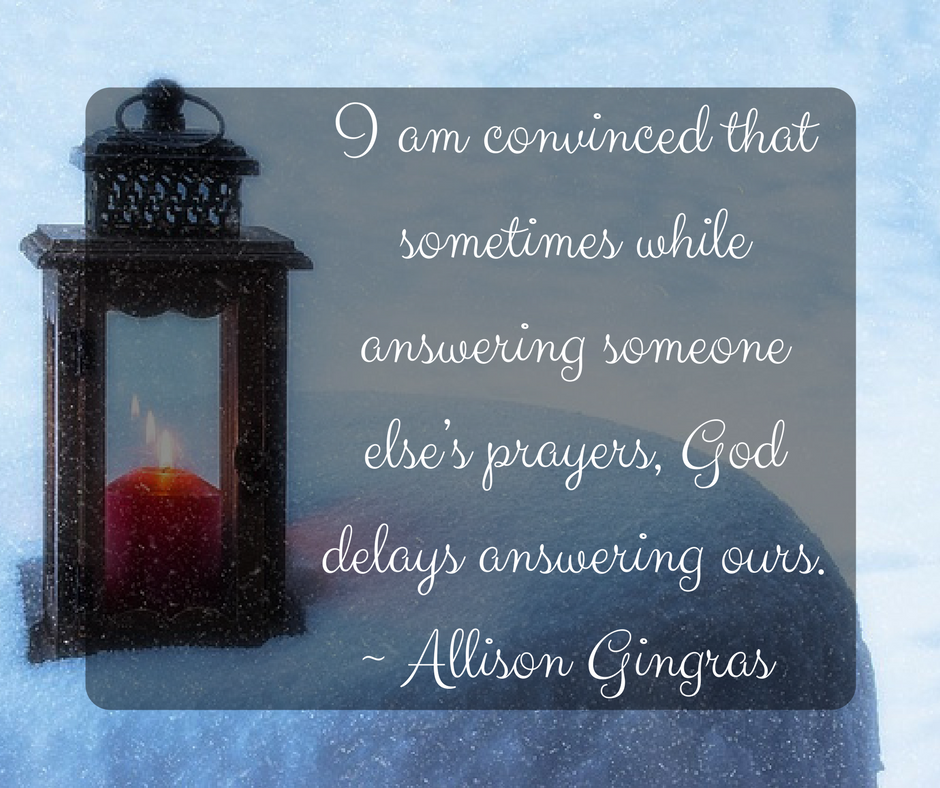 In Chapter 5, of Walk in Her Sandals: Experiencing Christ’s Passion through the Eyes of Women, Sarah Christmyer compares Jesus’ follower’s realization that He was not dead to the five stages of the dawning of a new day.  This chapter also includes a look at the Gift of Maternity by Pat Gohn, coupled with a poignant reflection on motherhood by singer, Kitty Cleveland.   Kitty and I shared similar experiences waiting on the gift of motherhood through adoption revealed slowly in God’s way. My reflection for this Sunday will not only recap Sarah’s brilliant “Son-rise” analogy but also how this slow illumination may be experienced in our own lives.

“Stage One: First comes a change in the Sky.”

In Sarah’s analogy, this first hint of dawn is the awakening of the Apostles to something bigger happening following Jesus’ Crucifixion.  I saw similar awakening moments displayed not only in Kitty Cleveland’s adoption story told in this week’s Reflect on the Meaning segment but also in my family’s adoption journey.   In each instance, there is a hint of the joy to come – for Kitty a baby to adopt and for us meeting the child we had committed to adopt – mingled with our human condition which caused us to wonder if our expectant hope would be dashed in the end.

I wonder if Mary and the Apostles had similar thoughts of uncertainty between the Crucifixion and seeing Jesus for themselves after the Resurrection?  Did they spend time with their grief on that sorrowful Saturday trying to recall and make sense of every word Jesus had shared with them?  They had heard Jesus teachings and predictions of his resurrection but how much did they understand?  In those hours were they wondering, as once Kitty and I had in our circumstances, if they were completely mistaken in what they believed was happening.

“Stage Two: Dawn arrives, and the world becomes visible yet is still in shadows.”

As the new world brought about by Jesus’ resurrection emerges, the perceptions and expectations of Jesus’ followers cast a haze on their understanding.  Both Kitty and I experienced what appeared to be epiphanies from God regarding our plans only to have the shadows of confusion fall again on our circumstances. Kitty writes about her marriage and conception struggles, and two opportunities which seem to be the answer to her prayers for new motherhood but were not.

Kitty and I shared not only the blessing of motherhood via adoption but also confused in our understanding of God’s plan.  I was convinced of our call to adopt from China and that we’d been matched with the perfect the little girl for our family.  When we began the process, we were told to expect to travel within 6 to 8 weeks of the match.  If this was our child and this God’s plan, then why the continual delays?

“Stage Three: Then light breaks over the horizon, illuminating the world.”

As light begins to break, the plans God has for us form; like St. Paul, the scales are being removed from our eyes.  What we see at first needs to still be brought into focus.  Mary Magdalene stood confused, scared, and weeping for her Lord. The darkness was about to be dispelled for her as Jesus speaks to her and touches her heart.

Like Mary Magdalene, Kitty and I also felt Jesus had gone away from us.  Kitty shares, “I was crushed and, honestly felt tricked by God.”  Kitty questions Him, “Did I misunderstand you, Lord?”   What purpose did those two encounters in Kitty’s life with women who appeared to be the answer to her prayer serve?  Likewise, after feeling assured through prayer that our trip to China would finally come, I was devastated when we learned our travel had been delayed for at least two more months. I wondered why God was allowing this to happen? Didn’t he want her to be with her forever family as soon as possible?

“Stage Four: Finally, the sun rises and can be seen in the sky.”

Eight days after Jesus’ crucifixion, the Apostles are locked away and Jesus appears. He offers them peace and His spirit with which to discern their next steps.  Jesus shines His light into their darkest hour.  Although Kitty and I may have waited longer than eight days for the light of Jesus in our respective stories, his appearance brings the same blessings of peace and assurance.

The slow revelation of God’s plan does not mean abandonment.  God’s ways are not our ways, the Prophet Isaiah tells us, in fact, they are higher. Perhaps Kitty was meant to be a beacon of hope and help for the two women with whom God connected her.  For Cecilia, who was a young mother facing imminent death, Kitty brought her peace that her embryos would at least be given a chance at life that would she would no longer be able to give them.  For the young pregnant girl and her family, perhaps knowing that there would be someone like Kitty and her husband to care for baby Cecelia that made possible the beautiful, sacrificial choice of add up her daughter for adoption. While ultimately, she did not choose Kitty, who knows if without that encounter the woman who was blessed with that baby would have ever had the opportunity.

“Stage Five: As the sun warms the earth, its heat can be felt.”

When persons stand in the sun, whether they are aware or not, there are changes happening to them.  Their skin may tan or redden leaving evidence of their time in the sun, and the vitamin D from the sun provides a healthy benefit for their inside.  Our encounters with the Son also produce a change with us.

For my family, I knew in my heart our delay had something to do with our daughter’s foster family.  How difficult was it for her foster family to say good-bye after three years? My intuition was confirmed when I was given papers describing Faith’s eating and sleep habits as well as commentary on her life with her foster family.  The evaluator noted a very close bond with her foster father.  We had the blessing of being her forever family, so our delay though painful, was not about us at all.  I am convinced that sometimes while answering someone else’s prayers, God delays answering ours.

The Divine Office reading for Holy Saturday begins with these words, “What is happening? Today there is a great silence over the earth, a great silence, and stillness, a great silence because the King sleeps.”  The confusion of that day is dispelled at the breaking of Easter morn.  Whether the people of that time understood God’s plan matters not, because in his time he has revealed the fullness of it.  Likewise, whether we know how it happens or not, every day the sun rises.