I’m going to let it shine 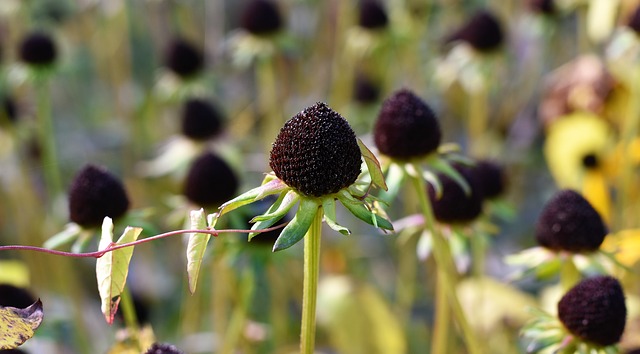 Untitled by Anemone123 via Pixabay. CCO

“Your light must shine before others,
that they may see your good deeds
and glorify your heavenly Father.”
(Matthew 5:16)

During the last week before Christmas, this past year, teachers from the lower grades of our religious education program had their littlest students put on our Parish Christmas Pageant.
It was a bitter cold night and very, very dark outside.  But in the church, packed with proud parents, tiny choirs of angels with sparkles glued carefully to their wings descended upon the Sanctuary.  A donkey with a huge smile, led young Joseph and Mary and the small shepherds, struggling not to trip over their long robes, to the front of the church.  With colorful and creative costumes, the brightest of smiles and all the fidgety bounce of youthful excitement, these tiny actors and actresses said their lines and sang with a joy that bubbled over in the most angelic music I believe the earth has ever heard.

A tippy-toed angel, straining to hold the Christmas star above the heads of the little performers, led the way for three smiling little kings with crooked crowns and glittering gifts who made the tiny but tenuous journey across the front of the Church, placing their offerings before the new-born King.  Then, the whole joyous little cast sang, “This Little Light of Mine!’

Could there be any clearer image of what it means to let one’s light shine? Of allowing one’s self to become a light to the world?

The decision to become a light will almost always involve a struggle, and perhaps a bit of straining. It may involve less than professional behavior. There is usually a journey from darkness to light accompanied by the burden which comes from leadership by example. Most of the time, it is not easy. It can be messy as well.

In 1994, at the age of 71, after more than 27 years of confinement, Nelson Mandela was released from prison and became the first Black president of South Africa. He had been offered release much earlier but would not agree to it until the practice of apartheid was dismantled in his country.

His presidential agenda was a simple one: to bring his country, inconsolably divided by ethnic and cultural differences, together as one.  The task seemed impossible and neither side supported it.  Not even his closest friends or family, or advisors, thought his efforts would end in anything but disaster.  His agenda met opposition at every turn.  But he did it.

In his inaugural speech, he said:

“It is our light, not our darkness, that frightens us…
We were born to make manifest the glory of God
that is within us.
It’s not just in some of us, it’s in everyone.
And as we let our light shine,
we unconsciously give other people permission
to do the same.”

It is not always easy to let our light shine before others.  Such light illuminates not only the one who shines, but anything and anyone that it touches.  It exposes weaknesses and imperfections.  It’s not always comfortable.

In today’s Gospel, Jesus tells us that a light must be placed on a lamp stand “where it gives light to the whole house.”

“Just so,” Jesus continues, “your light must shine before others.”
It is a tall order.

Then again, looking back on that week before Christmas, perhaps it is just a matter of becoming courageously child-like.

Today, focus on this simple prayer which is a quote from Catherine Doherty, Roman Catholic social worker and foundress of the Madonna House Apostolate:

“Lord, give me the heart of a child
and the courage to follow it.” 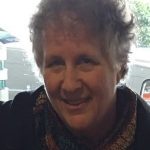 Author and blogger, Lynne Keating also lectors and teaches the Bible to CCD students at Saint John the Beloved Parish in Wilmington, Delaware. Convinced that this is one of the most exciting and important times in salvation history, her writing encourages all people to recognize and rejoice in God’s self-offering love, revealed more and more through the actions of His people.