God, Lift Me Up 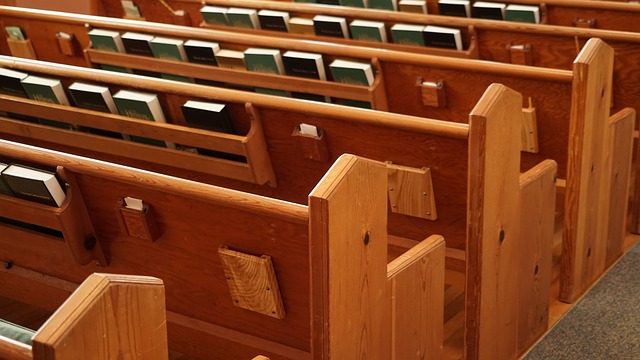 Perseverance in Getting the Family to Mass

I remember so clearly the feeling that I had to accomplish it all on my own that weekend.   With a husband away on a rare guys’ trip, I took it upon myself to do the usual with our three kids under age three: meals, cleaning, laundry, playtime, bedtime ritual, stories—and Mass.

I must have set out with the best of intentions:  one baby in a sling wrapped upon me, one almost-baby holding my hand.   On that day, it was the one preschooler meltdown that did me in.   There we were, in the center aisle of church, when my oldest son went slack-limp in meltdown mode.   It was the kind of tantrum that really requires a physical intervention.   If my husband had been along, he would have scooped up our son and the team would have carried forward.

But physically, I didn’t have that luxury in this sweaty, spotlight moment.   Flustered, I reached down and grabbed my son’s arm, hoping to pull him up on his feet.   He got up.  Tears were streaming.  Somehow we made it to the back of church and out the door long before even the homily had hit full swing.

Still flustered at home with a Mass Fail, I served my children lunch and only then noticed that my oldest son’s arm wiggled limply as he ate a sandwich with his non-dominant hand.   I called in reinforcements to care for my younger two, and up at urgent care, learned I had pulled my son’s elbow out of the socket, a common injury, but one that made me wonder if child protective services would be following up later that day.

All this to get my kids to church?

The responsibility to raise our children in the faith is daunting, friends.   Looking back at 12 years of parenting, so many Masses seemed a family fail like the infamous arm-socket day.   We have experienced hundreds of tantrums, thousands of wiggles, cringe-worthy moments when a bold child commented on the physical appearance of someone in the pew ahead of us.  We have squashed sibling fights over hand pressure during the Our Father and British accents for singing voices.  We have fought and fought and fought to get our kids out the door and in the pews.

It has been a battle.

As my children grow, the number of in-pew tantrums has lessened and the light at the end of the tunnel can sometimes be glimpsed, always when we least expect as parents.

It is the morning like today, when the routine is altered by chaos.   When one son is angry and non-compliant.  He doesn’t want to follow the rules.  I lose my temper.  We fight.  Words are said.  Feelings are hurt.   And then we show up to Mass.

It is not coincidence that my heart was opened today at church with that angry son.  As the Mass was with their school, I told the kids I would be there and wondered if anyone wanted to sit with me or whether they’d choose to sit with their classroom.  Of course, the son I had fought with was the only one to choose to sit by Mom.

I didn’t even want to be near him as he hopped out of the car and began the school day.

But God the Father helped align our reconciliation.   Leading my son’s heart to mine, He opened the door for us to have a moment in church side by side and to hear His word.  He inspired a homily that reached into our home and faced the reality of family life:  full of often-chaos and fighting and illogical ebbing of maturity.   God urged peace in our family and our home in that homily.

And my son looked at me and I at him, and there was no denying that God was talking to us.

So many parents are overwhelmed at the prospect of sitting in the pew with their children.  You are not alone.   The job is big.  To shine up your kids and get them there is one thing.   To wish they were happy about it and prayerful and meditative is the lofty goal I sometimes have to trade for reality.

But God is going to lift us up, so gently, in the moments we stagger to His Presence.   As we come to the table at Mass, He will surprise us with strength that can only be found in the Eucharist, strength which will allow our families to keep going day after day toward unity, toward education, toward peace, toward growth together.

I want to encourage you to reach toward God by bringing your family to Mass.  Stay strong.  If you are weary and you cannot do it alone, enlist a grandparent to meet you at church.   Find a Mass with a children’s liturgy that will allow your family to absorb God’s word at different levels.   Or, as my husband and I did in our years of unending diapers and desperate need for God’s strength, find a church that can aid your family with childcare.

Get yourself there for the feast.

My prayer today is that God reaches into your heart and lifts you up to meet Him.  That his strength prevails when yours falters.   It has been comforting for me to learn that the details of the Mass—the music, the accent of a reader, the homily you couldn’t follow while stopping a sibling dispute—are just extra details when compared with the Eucharist which can heal your heart.

Reach up so that God may lift you. 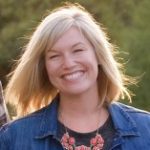 Anne Carraux married her college sweetheart and together they embarked on a journey of raising four exuberant children in Chaska, MN.   Writing mostly in prayer and to make sense of her journey,  Anne hopes her words help readers keep looking toward God, especially when it comes to living joyfully with faith.   When not potty training or doing stress-maintenance in group exercise, you might find Anne hanging out in the sunshine with a good book.