O, Come Let Us Adore Him 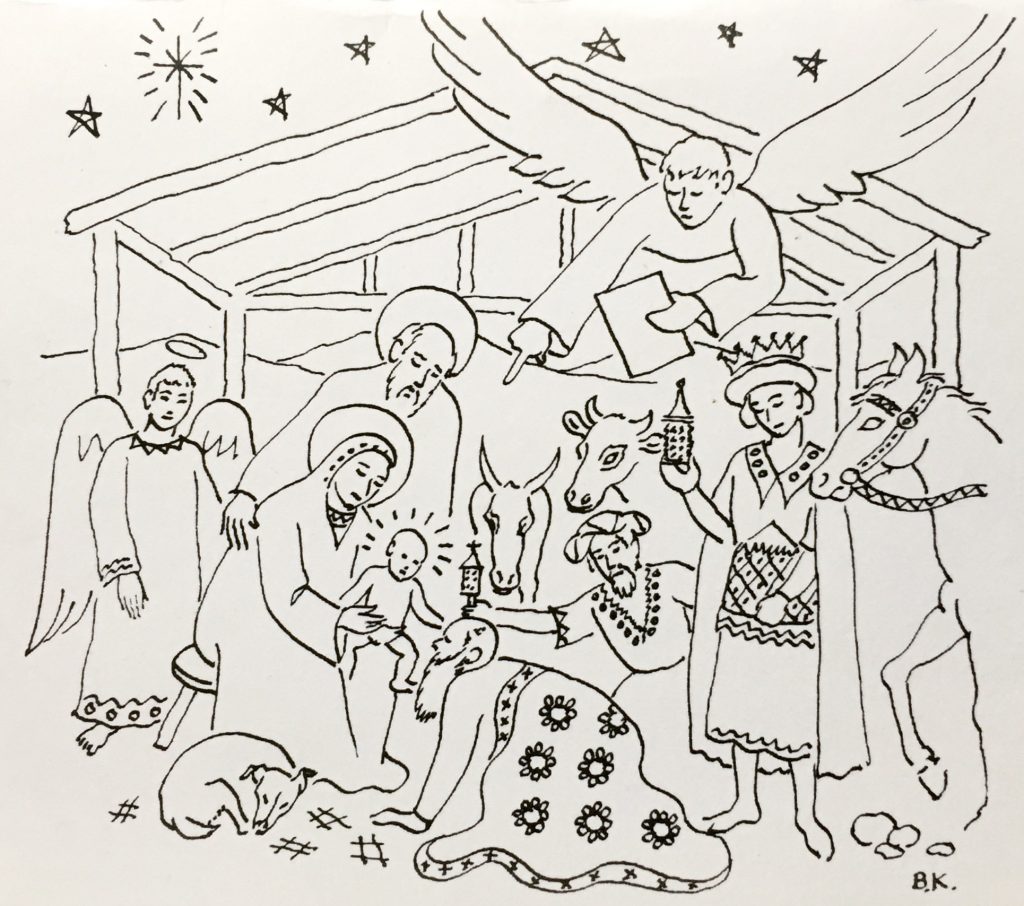 As a little girl, the tiny baby Jesus lying in a manger captured my heart.  Everything about it was mysterious – the Nativity, the times, the setting and, of course, the visitors who had traveled so far.  I loved the name of this town. . .  Bethlehem.  It’s very sound was sweetness.  As the years go by, the longing and the mystery reaches even more deeply in my heart as we recall this story again.

As Joseph and Mary made their way from Nazareth in Galilee to Bethlehem in Judea,  three men from a faraway country were also on a journey that would that would be told and retold in all generations to come.  Two years before, they had observed a sign in the heavens and now they were following a star, searching for a King and a Savior.

Meanwhile in Jerusalem, the titular King Herod, the chief priests and scribes were searching for nothing, except perhaps their own opportunities under the rule of Rome.  By contrast, a few paces away in the Temple two devout, righteous Jews were consumed in prayer.   Simeon and Anna, both in their later years, were searching and waiting for the consolation of Israel.

How strange those three men schooled in wisdom from the East should be so cognizant of the happenings in the heavens and on the earth that they gathered precious gifts and departed their homeland, trusting the light that guided them.  All the while, those in religious authority in Jerusalem were so unaware. They were, after all, the keepers of the scriptures in which the birth of the Messiah in Bethlehem was foretold by the prophet Micah.

In all likelihood, the Magi were from Babylon, a place where fourteen generations ago the Jewish people had been sent into exile.  Because of their failure to keep their covenant with God, they were sent there for seventy years.  During that time, Nebuchadnezzar the king had a disturbing dream.   He then demanded the men in the palace’s school of divinization to tell him the dream and its meaning.  When not one of the Babylonians could answer the king, he called for all of them to be destroyed. Also present was a young Hebrew named Daniel who remained faithful in his worship to the God of Abraham, Isaac and Jacob.   Daniel courageously intervened on their behalf, asking the king to spare their lives.   Then, giving all the credit to his God in Heaven, Daniel told Nebuchadnezzar both the dream and its interpretation. Daniel was promoted by the king to become both ruler over the Province of Babylon and head of the palace’s school.

These students were now taught by Daniel, a devout Jew.  He would have told them about a King and a Messiah who would one day be born and what would be the signs of His birth.  Long after the exile was over and most of the Jews had returned to their land, the message of Daniel continued to be passed down among the Babylonians.  Over 500 years later, the Wise Men arrived in Jerusalem inquiring as to the whereabouts of the birth of the King of the Jews.  Their search to worship this baby boy troubled Herod and all Jerusalem with him.

Departing Jerusalem, the Wise Men traveled south until the star rested over a dwelling place in Bethlehem where they found Mary, Joseph and the baby Jesus.  When they saw the Child, they bowed themselves prostrate in worship and presented their gifts of gold, frankincense and myrrh.

Stunned by the visit of the three men from the East, Herod devised a wicked plan to kill all the male babies two years and under, according to the time the Wise Men said  the star appeared.  Not unlike Herod’s soldiers who would come to Bethlehem trying to destroy the first Christmas, forces arose in the latter part of the Twentieth Century attempting to destroy Christmas, albeit by secularization.  This resulted in the removal of Nativity scenes from public places and silencing the sacred music of the centuries being sung in our schools. Once again, the problem with Christmas was the Baby.  As the reckless destruction of the lives of unborn babies became legal, the scenes of Jesus’ Nativity were being designated illegal.  Had it not become too inconvenient, if not uncomfortable, to look upon His innocence, His beauty and His truth?  It seemed many had lost their way to Bethlehem.

The invitation to return to Bethlehem calls again to a fragile world this Christmas season, to come aside in tenderness with Him, recalling His birth.  Bethlehem is also a place in our hearts where Jesus can be birthed anew. Christianity was born in the womb of a young Jewish woman.   God sent His Son through Mary, birthed as a little Baby so He would be received in gentleness and love. Hearts are easily melted in the light of the tenderness of Jesus’ birth.  After a Year of Extraordinary Mercy, now is the time of the favor of our God.  For many, like me, the first touch of God’s love came upon them in childhood beholding the tiny Baby in a manger.  As the story of Bethlehem is retold this year, it is still is both mysterious and glorious, reaching to capture all hearts with tenderness.

HOLY SPIRIT, WE ASK YOU TO BATHE OUR EYES THAT WE MAY SEE THE BEAUTY AND MAJESTY OF JESUS WHEN WE GAZE UPON THE TINY BABE IN A MANGER THIS CHRISTMAS SEASON.  WE PRAY YOU WILL WASH OUR EARS THAT WE MAY HEAR THE SONG OF THE ANGELS.  UNITE OUR HEARTS TO SING IN UNISON WITH HEAVEN, “O, COME LET US ADORE HIM.”