Complementarity: a new word for a timeless truth 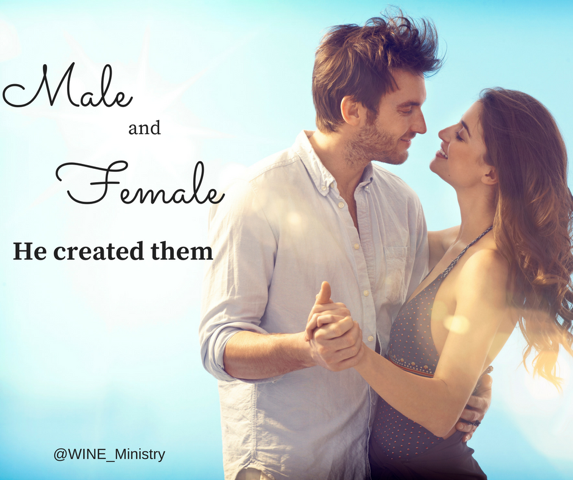 It is probably fair to say that most of us have heard some mention of Pope St. John Paul II’s “Theology of the Body.” Almost every Catholic parish has offered a talk on it of one sort or another. It has been the subject of countless blogs, essays, and books. It is widely discussed in Catholic publications and on Catholic radio. Institutes have been formed to teach people about it and to train and certify those interested in disseminating it further. It is a beautiful teaching, a gift to the world at a time when human sexuality and human relationships have undergone a truly dramatic upheaval, leaving many of us confused and uncertain about what to think.

John Paul’s primary intention in offering this teaching was to help us to understand the sacred meaning of our own bodies. But it was also intended to lead to a deeper appreciation of the natural “complementarity” that characterizes the relationship of men and women – an old, if mostly undeclared truth – but clearly one in need of renewal and an unambiguous affirmation.  For we all know that really since Adam and Eve were kicked out of the Garden, both men and women have often had to struggle to understand and to respect each other – even as they have worked tirelessly together throughout history to create human families and human culture. It hasn’t always – or ever – been easy. But the Holy Father shows that, by returning to the creation accounts found in the first chapters of Genesis, we can uncover the beauty of God’s purpose in creating us male and female.

It may be relatively easy to see the complementarity that exists at the heart of the marital union, though, as John Paul states repeatedly, the love that binds women and men together is expressed not only through their bodies. This complementarity, something that has served as the bedrock of romantic love and characterized marriage for centuries is not merely biological or physical. It is a feature of our very being, something reflected in the two distinct ways men and women have of being in the world.  He teaches that man and woman are equally human and at the same time different: complementary creatures, meant to make of themselves a total gift to each other.   And that though it remains a mystery that defies any attempt to reduce it to rigid roles or functions, the relationship of husband and wife is truly a manifestation of complementarity that, when given room to breathe, will find universal expression in every home and family.

However, and equally important, the Holy Father also argues that the complementarity expressed in the relationship of woman and man is found not only in the marital act or in the sustaining of families; it is a feature of that relationship in every context – whether social, political, or economic. In fact, he would say that it characterizes their interactions and activities in every aspect of the entire temporal order, a reality that we are all called to transform.  Complementarity, says St. John Paul II, is what gives man and woman our very mission – which is not only to create human families, but human history itself.  Both man and woman were given dominion over the earth and both are called to share generously of their gifts and charisms in the tasks of human living. And it seems clear that only by a mutual collaboration, intentionally and intelligently directed toward that task, will our mission– to return all things to Christ – be fulfilled.

Dr. Deborah Savage is a member of the faculty at the St. Paul Seminary School of Divinity at the University of St. Thomas in St. Paul, Minnesota where she teaches philosophy and theology in the Pastoral Ministry Programs. She is co-founder of the Siena Symposium, an interdisciplinary think tank at UST, organized to respond to Pope John Paul II’s call for a new and explicitly Christian feminism. She is currently working on a book tentatively entitled Woman and Man.

This article originally appeared in The Catholic Spirit, September 7, 2016